English pairing of Sam Craigie and Elliot Slessor (pictured above) secured full time returns to the professional main tour after emerging from the season ending EBSA Play-Offs on Thursday.

Held at Ponds Forge Arena, the same venue that had hosted World Championship Qualifying this week, the top 16 eligible players from the European Billiards and Snooker Association (EBSA) ranking list were invited to this knockout tournament.

The Order of Merit was exclusively for European amateurs on how well they had done during World Snooker's European Tour series that visited Latvia, Germany, Bulgaria, Gibraltar and Poland.

The finalists from this event would both receive a guaranteed two year card for the World Snooker Tour 2016/17 & 2017/18 seasons.

Number 1 seed Hammad Miah wasn't required to enter as he had already claimed a tour card via being one of the top 8 players on the professional Euro Order of Merit; a fantastic achievement considering he had to start in the amateur rounds for each leg. He was replaced by the next in line, seventeenth ranked, Christopher Keogan.

22 year old Craigie was the 2010 IBSF World Under 21's Champion. Courtesy of that win, he was awarded pro status for the 2011/2012 season. However, still under the old system of just a one year ticket, it was extremely difficult to break into the World's Top 64 in such a small space of time, and he was subsequently relegated.

But Sam will be back in the big time after wins in Sheffield over Thomas Rees (Wales) 4-2, and then fellow ex-pros Kacper Filipiak (Poland) 4-1 and Adam Duffy (England) 4-3.

During his win against Filipiak he made a break of 129 (as well as a 103 the frame before); a feat he equalled in his last match versus Duffy. That qualification tie with Duffy went all the way, after the eventual loser potted a tie break black to force a decider.

Craigie came to the Play-Offs in great form having claimed the prestigious SnookerBacker Classic in Gloucester two weekends ago.

Agonisingly for Clarke, that is the ninth separate occasion he has lost a match which would have seen him earn a professional tour card.

Both winners are likely to first feature during Indian Open qualifying at the end of May.

Many thanks to @snookerhub and @snookerorg for helping us source information for this article.

Written and published by Michael Day on the 15th April 2016 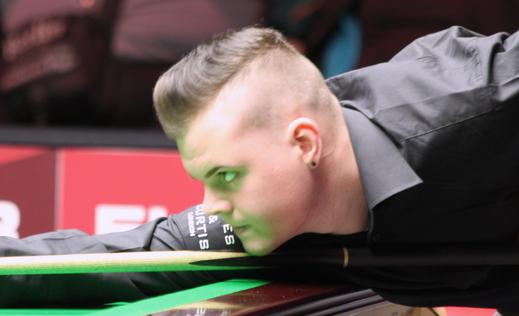