The English Amateur Snooker Championship celebrated the start of its 100th year with various regional qualifying heats across the country.

The tournament is one of the sport’s greatest titles, with a host of household names on the long illustrious roll of honour. Current World Champion Stuart Bingham wore this crown back in 1996.

Currently organised by the EASB (English Association of Snooker and Billiards), the inaugural edition was played out in 1916 to raise money for the war-time cause. It has been held every year since, except from between 1941-1945 because of World War II.

The successful qualifiers from the geographical heats below will now be placed into either a north or south regional event, which is due to take place in January. The winner of each of those will play for the overall title.

John Welsh was in great scoring form during his last qualification match against Farakh Ajaib. Welsh made breaks of 79, 55, 54,53 and 51 in a 4-2 win. Ajiab had the consolation of constructing the highest run of the day with a 107 in an earlier game.

The Yorkshire heat was the most well supported region, with 44 entries attempting to grab one of the seven qualifying spots. It was arguably the strongest too, with a number of former professionals, and well known amateur stars competing.

Bedford, who played at the Crucible in 1998, sailed through his three fixtures without dropping a single frame. Curtis Barrett had double celebration, after his effort of 123 in Round One remained the biggest out of all the areas.

Bodle and Diacopoulos both had to negotiate a trio of hurdles to progress, although the former was probably the player of the day with runs of 60, 73 and 58. Kralj had to survive two.

Sargeant appeared to be the most consistent of the day with six breaks of 37 or over, but Brown was top of the charts with 102.

Garland did well to come out of a real tough section of the draw, whilst Kendrick ousted Riley Parsons 4-3 in their deciding match.

In-form Miah came through a small, but high quality field in the Eastern area heat.

Miah was a relegated professional from only last season, but as an amateur he recently beat Judd Trump during the Ruhr Open European Tour event in Germany.

He polished off Brian Sharpe and Nigel Howe both 4-0, before fashioning breaks of 56, 59 and 84 in a 4-3 victory over club owner Aiden Owens, after recovering from being behind 2-0 and 3-2 down.

Another interesting qualification heat with 40 hopefuls.

Ali registered seven half centuries on the day, capping off his work with a 4-2 defeat of Billy Castle.

Wayne Townsend finished on the right side of a gripping match with Zack Richardson 4-3. This despite Richardson depositing runs of 51, 99 (the highest of the heat), 64 and 58 during the clash.

Turner gave away just a frame in his two outings; highlighting efforts of 116 and 71.

Sully had to play a further ‘preliminary match’, but still eventually prevailed with a decider over Aaron Cook in the last round.

Pinhey made a string of breaks throughout, ultimately booking his spot for the next phase when beating former finalist Andy Symons 4-3.

Tunney was efficient during his route too.

Written and published by Michael Day on the 13th November 2015 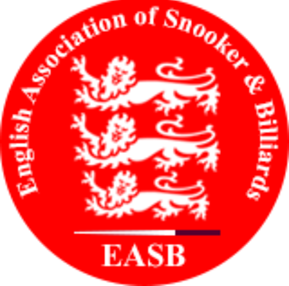