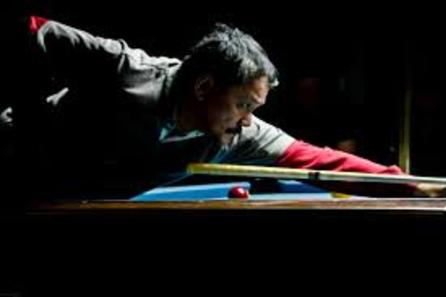 Filipino pool legend Efren Reyes proved he is still a force to be reckoned with after securing first place in the six man invitational Accu-Stats Make it happen One Pocket event.

'The Magician' started the round robin section well with a 3-2 win over big money match player Scott Frost. He then had a 3-0 success over another American in Justin Hall.

The 60 year old faced a double header on day 3 which began with a 3-0 defeat of Alex Pagulayan. Reyes' perfect record would however be ended by Danny Smith later on, in a 3-2 scoreline.

This left Efren needing to win his last group match against Shane Van Boening in order to qualify for the top 2 championship match; SVB was in exactly the same position.

In a somewhat historic clash of generations, the older statesman recovered from 2-1 down to take victory over the current US Open 9 ball champion.

In the final Reyes would meet Smith once again, looking to avenge his only tournament loss from the day before. And indeed it would be the former multiple time world champion who would have the last laugh in a 3-1 win.