AWESOME APPLETON DOES THE DOUBLE

​Darren Appleton warmed up for the imminent US Open by defending his American 14.1 title - and also gained some revenge on rival Thorsten Hohmann in the process.

Hopefuls were split into 8 round robin groups of 5. The table topper of each group progressed to the Last 16 straight knockouts, whilst second and third placed players were seeded and drawn to play each other in an elimination round for the right to meet them.

Waiting for the Brit in the final would be the familiar foe of Hohmann, the figure who denied him during the World 14.1 final a few months earlier in New York.

The anticipated final started slow. Appleton managed to get a foothold with a run of 42, only to see Hohmann respond with a 56.

Darren then made a couple of 20’s to retake the initiative, but his opponent then led going into the 90’s.

However, with Hohmann on a sequence of 13, he botched a break shot - leaving the balls spread attractively wide open. This was the only opportunity ‘Dynamite’ needed, as he continued to run a 65 to take the honours for the second consecutive year.


Written and published by Michael Day on 29th October 2015 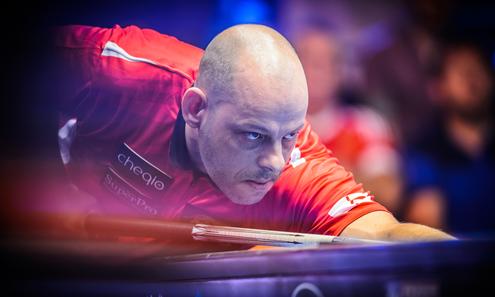 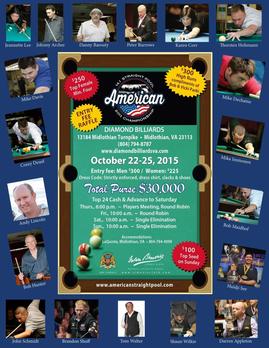