Current and ex World / International Champions, and big money players made up the showcase 16 man £1,000 entry line-up in Scotland. Not only was the field competing for a very healthy prize fund, but the winner would also receive a holiday to Las Vegas. The long race, knockout format, made it a fantastic spectacle to watch live, and on the stream.

The culmination of the long weekend would end up being a mouth-watering final clash of current World Champions from different rule sets - an occasion very rare in English Pool due to different codes/regulations.

Perhaps the fatigue of such a grueling competition meant, at times, the final being a bit fragmented, but it was the vastly experienced Hill who eventually came through 23-20 for £6,000 and the holiday.

Another fantastic exhibition of Blackball Pool at the Dumbuck!

Written and published by Michael Day on the 10th December 2015 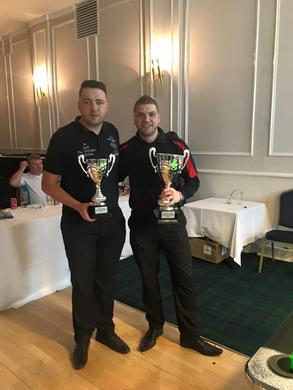