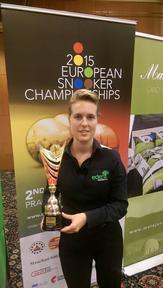 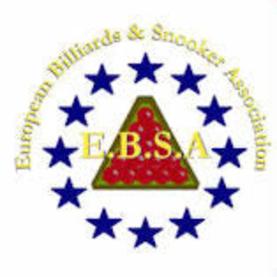 Belgium’s Wendy Jans has picked up her 9th European Ladies Snooker Championship after a 5-0 final win over Daria Sirotina of Russia at the Top Hotel venue in Prague.

31 year old Jans, who is also the reigning IBSF World Champion, started as one of the favourites for the title when the 28 player EBSA event commenced.

She would certainly lay down an ominous marker to her rivals by blitzing her way through the initial round robin phase. Jans won all six matches without dropping a single frame; although this was a feat also equalled by Sirotina in her respective group.

The top two seeds would also make assured advances through the knockout stages.

Sirotina coasted to the final with little trouble, whilst Jans continued with clean sweeps of Manon Melief and Jennifer Zehentner, before dropping her only frame of the entire tournament to Anastasia Nechaeva during the semi-finals.

But the Belgian was soon back to perfection in the final with defeat of her Russian counterpart, aided with breaks of 33, 38 and 36.

Besides the title, trophy and 600 Euros prize money, Jans also made the highest break throughout the 11 days actions, with an effort of exactly 100.