The event was held in the honour and memory of Sharon ‘Sam’ Fagoni, sister of the club’s owner Kevin Buckley, who passed on in May this year. It was also part of Tony Robles’ lucrative and well respected Predator Pro-Am Tour.

Some of the world’s top professionals were part of the 64 player field, many already in the States for the upcoming 40th edition of the US Open. 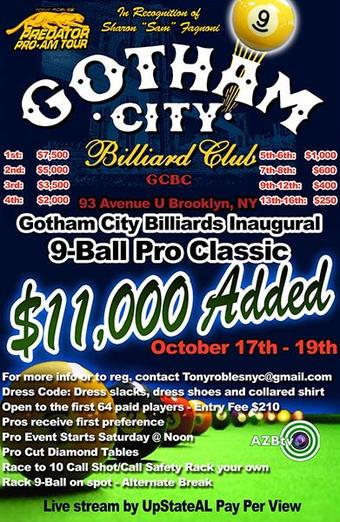