ADVANI AT THE DOUBLE

It is the 13th World Title of Advani’s career to date in various cue disciplines and formats. He is also the current World Billiards Champion in both the points and timed divisions.

In the final he defeated 15 year old Chinese sensation Yan Bingtao; the reigning IBSF World Champion, and recent winner for his home nation in the Snooker World Cup.

75 players from 17 different countries came to Karachi looking to become a World Champion. The shorter format of the game is increasingly popular in the Middle East and Asia, and it was players from those areas who contested the latter stages.

As customary in international events like these, the first phase was round robin.

Advani recovered from an opening day loss to top his group, but it was fellow countryman Dharminder Lilly who become the knockout stages seed number 1, after dropping just a single frame in qualifying.

Pankaj would be severely tested in the last 32 by another Indian in the shape of Faisal Khan 5-3, before more routine victories over Babar Masih and Mohammad Rais Senzahi.

The 30 year old then had to show character once more against local youngster Asjad Iqbal in the semi-finals.

He trailed 2-0, and despite gaining an advantage throughout the middle part of the match, the tie went to a ninth frame decider. Perhaps experience would count though, as the champion closed out the last frame 52-14, to reach yet another global final.

Bingtao is rapidly becoming a feared opponent in all levels of the sport. He will be a fully fledged professional on the World Snooker circuit next season as soon as he can achieve an employment based visa. Due to his age and still technically being in full time education, he was unable to obtain the appropriate paperwork this year.

He breezed through the group stage and early KO rounds, but had to work hard in eliminating Mohammad Bilal in the last 8.

An even tougher assignment was presented to Yan in his next match when he fell three behind to Pakistan’s Muhammad Asif. Like Advani however, he managed to find a way through at the death.

The final pairing wouldn’t have looked out of place in a professional event given their impressive credentials and skill.

It was the senior player who started off quickly after helping himself to the opening trio of frames.

But with momentum possibly shifting, Advani cranked it up a notch, fashioning runs of 71 and 35 to pass the finishing line a 6-2 winner.

The man from Pune not only received the beautiful trophy and medal, but also $3,000 for his efforts.

Asif and Iqbal made the joint highest break of the tournament - 75, which is the maximum break possible in this form without a free ball. 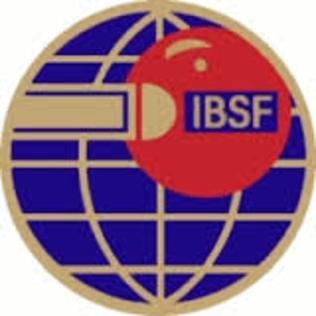 ​Images courtesy of the IBSF