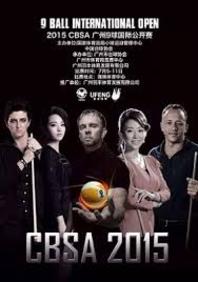 Picture courtesy of the China Billiard and Snooker Association 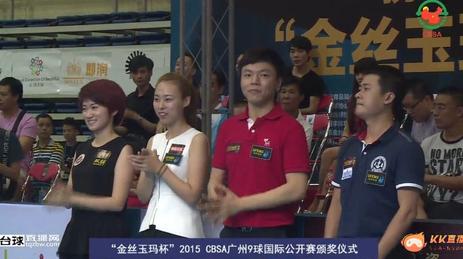 Wu Jiaqing is the 2015 International 9 Ball Open champion; his first major title for a number years.

In 2005 Wu made history, when as a 16 year old, he became the youngest ever winner of the World 9 ball Championship. In the same year he also conquered the World 8 Ball title, and narrowly missed out on the 10 ball version when losing to Darren Appleton in 2008.

Back then playing as a Taiwanese citizen and named Wu Chia-Ching, he has since switched representation to mainland China in 2011. This was in theory to make it easier competing in global events.

'The Boy Wonder', as he was affectionatly known in his younger days (although still only 26 now), has overcome a number of personal problems which have significantly hampered his cue career.

He was placed in the Taiwanese military for over a year where he didn't play a single shot of pool for the entire time.

After finishing his duties, he was then struck with the life threatening disease Leukaemia. Thankfully it was caught quick enough, and is still under control.

The competition had a strong line-up with a number of top players staying over from the recent China Open.

Players were initially divided into 8 groups of 8 under a double elimination format. 32 entrants then battled it out in the knockout stages to a winner.

​Wu certainly had it tough on route to glory. After negotiating a tricky group section, he then had to beat world renowned legend Ralf Souquet of Germany in the last 32, and then Singapore's reigning world youth champion Aloysius Yapp straight afterwards.

Results (from the last 32 onwards)