Neil Raybone, Marc Farnsworth and Jack Whelan were crowned champions at the second stop of the 2015 IPA Tour in Bradford.

The ever consistent Raybone took glory in the English Open event; a format where the IPA professionals (like himself) were challenged by an array of upcoming amateurs.

Raybone, as one of the top seeds, was automatically placed into the last 64 knockouts. There he made light work of Jamie Tudor 7-3, before whitewashing Eddie Roberts 7-0 to reach the last 16.

The Midlander then exhibited his determination and bottle in coming through three consecutive deciding frame finishes against Jimmy Carney, Michael Barrow and Farnsowrth.

His task was no easier in the final, as he clashed with Welsh hotshot Simon Ward - a finalist in the recent UK Professional Championship. An exciting tie with differing playing cultures awaited.

Raybone was not to be denied though, as he maintained his cool to win 7-3.

Farnsworth enjoyed his first major trophy since returning to the English Pool scene after a short self-exiled absence. He would take the honours in the high quality professional competition.

As a returning pro, Marc started his campaign in the preliminary round where he dispatched Lee Bannister 9-3.

He then received a walkover due to a non-appearance, before getting stuck into potting machine Andrew Hughes, tour 1 runner-up Andy MacDonald, and talented youngster Jon McAllister to book a final berth. There he would face fellow experience in the shape of Jimmy Carney.

But big money player Farnsworth was in no mood for drama, as he eased to a comfortable 10-4 scoreline.

Current IPA World Champion Jack Whelan continued his hot streak, as he made it back to back victories in the Amateur section.

‘The Wonder’ carved his way through the field, including a 6-1 last 16 success over England teammate Adam Brpwn.

However, his bid for the double was nearly derailed in the latter stages.

He squeezed past Connor Jones 6-5 in the semi-finals, and repeated the dose against the promising David Compton to lift yet more silverware.

For full results, you can visit the IPA website through this link

Neil Raybone (above) added yet another honour to his pool CV. Picture courtesy of the IPA 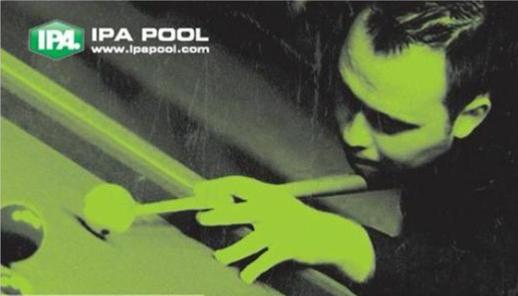