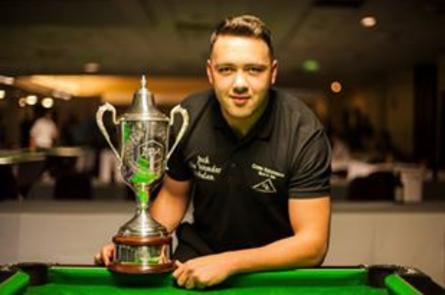 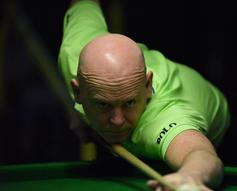 ​As the dust settles and the tears dry we now have not one but FIVE new World Champions in the World of blackball pool. The Magna Centre in Rotherham meant we could move North from Frimley Green last year and appease the players based in that area – but when it comes to a World Championships, they travelled from far and wide regardless.

There may have been over 200 entries but all the historians will remember are the names of the winners, but even then nothing was going to be as simple as it could be with new names on the trophies, and a triumphant return by a “blast from the past”!

​​As a knockout competition was in place for all disciplines (singles, Seniors, ladies, and doubles), what started as a mass of playing bodies and a cacophony of noise (21 tables playing pool at the same time is nothing like a library), gradually whittled down to the semi finals where some familiar faces were in attendance as well as a few new ones – but who would go on to take the prizes? At this level it may look the same as playing down the pub, but other than the same rules, the quality is a gear or two above the norm even on a bad day, as I found out to my cost.

Potting balls is something even I can do (to a point) , and sometimes I even get from one to the other the way I actually meant, to but these players are different gravy – they get from ball to ball by choice and in what they make look like effortless fashion, and one mistake is usually enough to kiss goodbye to that particular frame. Two sets to start with, each the best of seven left few if any excuses in the singles, while the doubles saw a race to seven with the infamous blackball shoot out at 6-6 which happened a surprising number of times. Best of five single shots black on its spot is the equivalent of a very nervy penalty shoot out at football (try it some time – they make it look easy – but it isn’t) – so hats off to losing semi finalist Carl Fitzsimons who went through not one but three blackball shoot outs without once missing a black, a real claim to fame in anybody’s book.

As the numbers decreased the crowds watching each game naturally increased, as did the pressure on the participants with nowhere to hide on such a small table, but by the end of Saturday evening we all knew the semi finalists in the main event – plus the finalists in every other competition. Some of my early fancies had already fallen by the wayside (maybe it’s a good job the bookmakers are too scared to bet on it, I would be much the poorer), with Craig Marsh, Ronan McCarthy, Gareth Hibbott, Simon Ward and Jordan Shepherd all left to watch in the audience, though that left an equally strong line up of twice World Champion Jason Twist, 2014 runner up Clint I ‘Anson, tour winner Neil Ray bone, and up and coming youngster Jack Whelan, and by now even I wasn’t willing to bet on the outcome!

​​Hopefully Jason will not object to me using the phrase “turning back the clock’ but Mr Twist looked to be playing as well as ever over the week, and proved it by seeing off Clint I ‘Anson in the first semi final which left him with a very busy afternoon, having also reached the Seniors Final making it a good weekend for the Devon hero. Meanwhile, 25-year-old Jack Whelan continued his march with a win over Neil, leaving an intriguing final that was balanced on a knife-edge and could still go either way.

​On to the other matches, and both singles finalists had a shot in the arm with Jack Whelan and Clint I ‘Anson landing the doubles with a 7-4 victory over the Scottish pairing of Scott Gillespie and the legendary Pat Holtz, while Jason saw off French surprise package Roger Dumortier in the seniors – so something clearly had to give. In front of their family friends and fans, as well as the live stream audience from all around the World, the two did battle for the prize and it was the incredibly focussed Jack Whelan who was crowned IPA World Blackball Pool Champion 2015. Those who read these articles may not have seen Jack’s name mentioned (for which I can only apologise), so the very least he deserves is a mini biography today. Still a relative youngster in a sport that crosses the ages, the 25 year old used to play out of Pennies Bar in Falkirk but has now moved back to Derby where he plays for England A, Derby A, and practices, plays (and some would say lives) at The Corn Exchange Sports Bar in Derby these days, mentioning their support as pretty key in the hours of practice he has had to put in to make the added improvement needed to reach the highest standard. Clearly emotional after his victory (and understandably so – these are the best pool players on the planet), Jack now has the benefit of a World Championship trophy on his mantelpiece (do they still exist), but will now need to keep up this ultra high standard on the IPA tour starting next month in Wales, though he certainly seems more than focussed enough to keep up his standards in the long term.

Meanwhile, as the weekend drew to a close, the Ladies also did battle for their own title, which culminated in a titanic battle between Shona Lucas and Debbie Burchell and believe me, they were just as serious! Some quality potting was equally mixed with some high standard tactical play before Debbie emerged victorious, though it was always a close run thing and they can both hold their heads up high after a quality final. In conclusion, the best players over the four days did win, yes there were a few hard luck stories (the Pool Gods cannot look favourably on every player), though mine wasn’t one of them (purely outclassed – you have to play against them to appreciate the gulf in class between pub player and pro), and four new Champions, so Congratulations to them all, Clint, Jack (twice), Jason, and Debbie – you are all heroes in my eyes- and I will see you all on the tour.

To see all the results from each championship click here

​All pictures courtesy of the IPA