​Home player Ruslan Chinakhov came back from the brink to take the 2015 edition of the Kremlin Cup 10 Ball Open.

After losing his opening match to a fellow Russian player 8-5, he was forced to qualify for the Last 32 straight knockouts via the dreaded losers section.

Now into the clean slate knockouts, he enjoyed a further brace of wins against fellow countrymen to set up a clash with American Shane Van Boening in the quarter-finals.

The pair had already performed a special challenge match on the Friday night, which Ruslan won 30-22, and the local hero repeated the dose to knock out the reigning double World Pool Master 8-5.

An 8-0 destruction of young Bosnian Sanjin Pehlivanovic would propel 'The Siberian Express’ into a mouth-watering final with former World Champion Mika Immonen.

In a predictably tight affair, Immonen stood on the hill at 8-7, but a scratch on the break allowed Ruslan to level it up.

He would make a ball at the start of the seventeenth rack, but after missing a tricky 1-ball, he was fortunate to leave his Finnish opponent in a snooker.

Immonen successfully kicked it, but ultimately left Chinakhov the chance he took for victory.

There is a YouTube video of the final here, and coverage of the Chinakhov/SVB challenge match here.

​Written and published by Michael Day on the 17th November 2015​​ 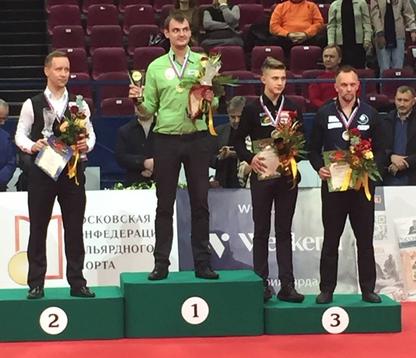 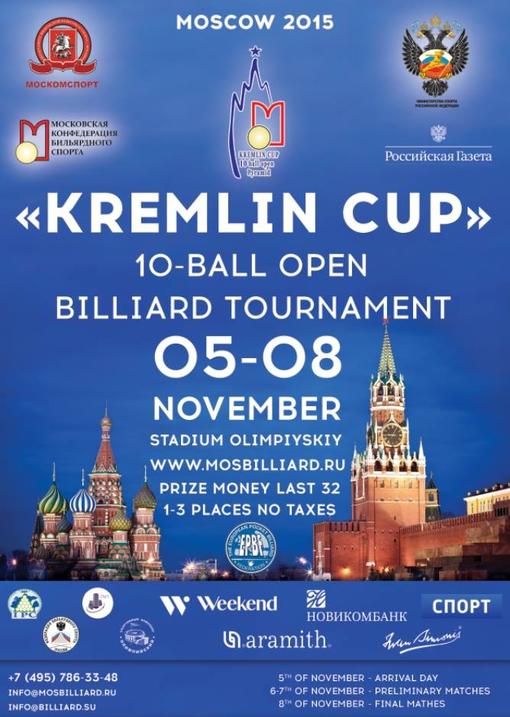