Players from Austria, Germany and host nation Slovakia, took part in the second Ladislav Sramek Memorial Cup - held in honour of the founder of wheelchair billiards in the country, who passed away in 2013. The Slovak Federation of Physically Disabled Sportsman and the Slovak Billiard Federation helped run this 8 Ball event.

Eventually, the final would be an all-German affair between Joachim Schuler and Tankred Volkmer.

Schuler found himself one away from victory when leading 4-2, but the experienced Volkmer fought back to square it up at 4-4 to take it to a decider.

However, a forced tactical error from Volkmer in the last allowed Schuler the opportunity to cross the line 5-4. He follows on from Ireland’s 2014 winner Fred Dinsmore, who was unfortunately unable to make the competition this time around.

The tournament was again deemed a success, with the promise of the foreign players returning again next year. In 2016, the organisers have decided to switch the rules to 9 Ball instead.

thecueview would like to thank Peter Selinga for all the information and pictures he supplied to us from the event. To find out more, please visit their the facebook page 'Billiard Wheelchair Team Slovakia' here.

Written and published by Michael Day on the 4th November 2015 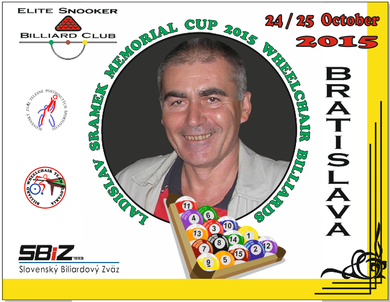 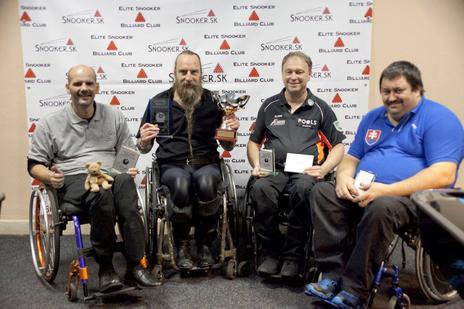