43 cueists began the assault on the 2015 New Zealand 9 Ball Championship, but it was the favourite Matthew Edwards who would take away yet another national honour.

Singh had performed tremendously well to reach the championship tie after a hard fought weekends play. He negotiated day one, and then came through the long road of the losers side when losing early to claim his silver placed finish.

The win for Edwards now means he currently holds the NZPA 8, 9 and 10 Ball titles all at the same time.

It was also a similar story in the women’s section as Molrudee Kasemchaiyanan achieved exactly the same feat when completing the ‘hat-trick’.

She came through her round robin group and the double life draw to eventually beat Lorna Frost 9-2 in the final at the Pool & Blues venue in Auckland.

The event was held by the New Zealand Pool Association. We thank them for the information and picture above. 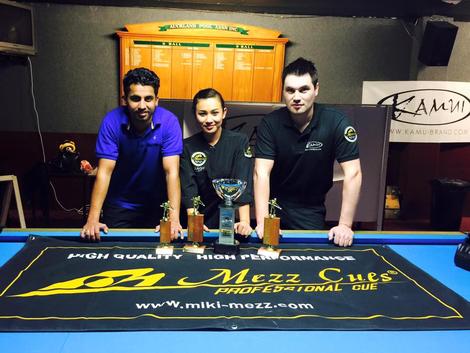 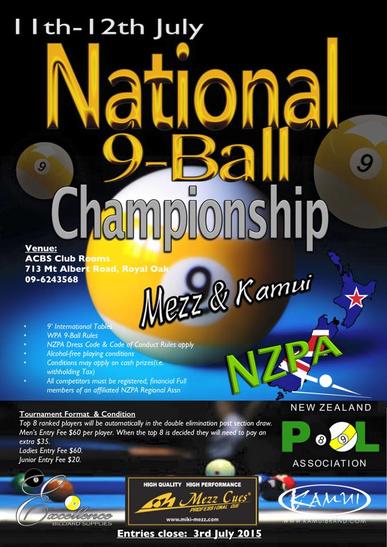