Australia’s Vinnie Calabrese will make an immediate return to the sports professional ranks after re-capturing the Men’s Oceania Snooker Championship.

Calabrese won this title in Papua New Guinea back in 2013 to initially turn pro, and this year on the shores of New Zealand, he repeated the feat.

The Australian had only just resigned his two year professional status early in order to compete in this event playing as an amateur - and it paid off as he defeated fellow countryman Matthew Bolton in the final.

The championship was well supported with 62 players from New Zealand, Australia and Fiji competing for the crown; an event previously won by former World Champion Neil Robertson.

The cueists were placed into groups over best of 5 frame matches to determine 48 qualifiers for the knockout stages.

Calabrese and Bolton were untested in the round robin format, both with perfect 4 out of 4 matches, and 12 out of 12 frames perfect records.

The champion endured a small scare in the last 32 however, narrowly beating fellow Aussie Richard Peric 3-2.

It was relatively plain sailing from there on in though, getting to the final with wins over Gordon Donk (NZ) 4-0, Paul Thomerson (Aus) 4-2 and former professional and 2012 Oceania winner Ben Judge (Aus) 5-0 in the semi-finals.

Bolton was extremely impressive in his 4 knockout matches prior to the final, dropping just 2 frames and winning 16.

Early proceedings in the final were dominated by Calabrese who took a 3-1 lead with breaks of 47 and 99 in frames 3 & 4 respectively, after Bolton made a 42 in helping himself to the second frame.

Bolton, the reigning Oceania Billiards Champion, took frame 5, before leveling it 3-3 by holding his nerve and winning the sixth on the pink.

Calabrese however then seemed to find another level by restoring his 2 frame advantage with runs of 73 and 61, before finishing the job in a scrappy 9th frame, to become the Continental Champion again.

Action of the final can be viewed here - https://www.youtube.com/watch?v=WXhJR0XATN4

There were 3 centuries in this years competition - a 100 by Joe Minci (Aus), 114 from Calabrese, and the highest being a 137 courtesy of Bolton. 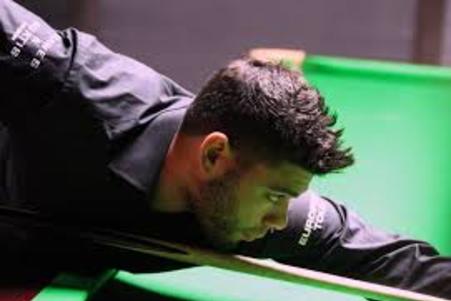