It was the events 40th edition, and was sponsored by Jubilee Insurance, who dished out the awards and the rs80,000 prize money to the winner.

The competition was initially split in round robin groups where the top 2 would progress to the last 16 knockout stage - both Akbar and Changezi came through by qualifying 2nd in their respective pools.

Akbar then eliminated reigning champion Mohammad Asif Toba 5-2 in the last 16, before following it up with victories over Mohammad Imran 5-3, and top seed Mohammad Sajjad 6-3 in the semi’s.

Changezi, who is from Islamabad, beat former World IBSF Champion and previous winner of this title Muhammad Asif in the last 4 to book a showdown with Akbar. With the exception of Changezi, the other 3 semi-final players were former champions.

Akbar, who won this title in 2013 as a 19 year old, took the opening two frames of the final and maintained the lead throughout the contest, making breaks of 56, 58 and 57 along the way.

Changezi picked up a consolation of rs50,000, and along with Akbar, will be Pakistan’s representatives for the 31st Asian Snooker Championships to be held in Malaysia during April.

Sajjad and Sultan Ahmed were awarded rs5,000 each for joint sharing of the tournaments highest break 131. There were 12 centuries in total. 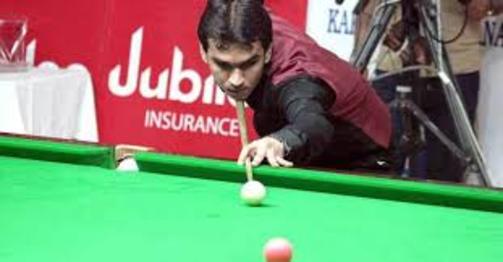