Itaro Santos from Brazil has won the 3rd Pan American Snooker Championship, and in the process will be offered a professional player card on the World Snooker Tour for the next two seasons.

The event had participants from Brazil, Argentina, Uruguay, Peru, U.S.A. and the host nation Bolivia, but it was the more familiar name of Santos who would come through victorious.

31 players embarked on the tournament with a round robin format in the early stages, later progressing to last 16 knockout action.

It would be the strong Brazilian contingent though who would dominate the honours come the end, with 3 of the semi-finalists representing South America’s biggest country.

There was some joy for home supporters though, as host nation entrant Leonardo Virraoel also made the final quartet of players - ultimately finishing 4th.

The final however was somewhat a non event, as Santos whitewashed Thadeu Nobres 6-0 in the final.

29 year old Santos is a familiar name across Europe having previously lived in Germany whilst playing on the old PIOS series, but more recently PTC events and Q-School.

He also played in the qualifying rounds for the 2003 and 2005 World Championships, he is a two time German Snooker Champion, and was part of Team Germany in their 2007 European Team Championship success.

Santos will follow in fellow Brazilian Igor Figueiredo’s footsteps by playing on the sports highest tier. 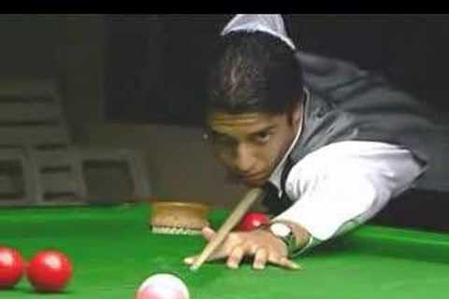