THE ICEMAN CONTINUES HIS HOT STREAK

Finland’s Mika Immonen completed an impressive double in Romania when he took down the star studded 2015 Predator Dynamite Open.

Fresh off of winning last weeks Black Sea Cup in Constanta, the multi-time major winner was back on the top podium in the Darren Appleton hosted 10 Ball event.

The 64 player field had to initially negotiate a double elimination format to get to the last 16 knockouts, and make the cash from the 10,000Euro prize fund.

Immonen began with comfortable 8-0 and 8-1 victories but was then ousted by Germany’s Thorsten Hohmann in the winners qualifier. However, the 42 year old recovered by winning his next tie 7-4 to make the single elimination KO’s.

Mika then advanced to the quarter-finals with a 10-4 success over the host nation champion Ioan Ladanyi, and then survived a 10-8 battle with Imran Majid to make the last 4.

There, Immonen extracted revenge in dispatching Hohmann, before holding his nerve in a hill hill thriller with Ruslan Chinahov in a pulsating finale. 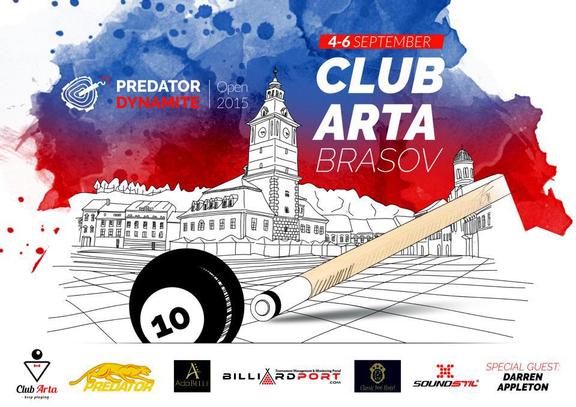