The 2015 Q-School roll call was after completed action from the second event at the Meadowside Leisure Centre in Burton.

And on this occasion there was a real mixture of qualifiers for the 2015/16 & 2016/17 seasons, with Welsh pairing of Duane Jones and Gareth Allen making it through alongside experience English duo of Jason Weston and Paul Davison.

22 year old Jones will have been mightily relieved after ousting China’s Zhao Xintong 4-3 in his judgement match, after falling 3-1 behind.

In the previous two years Jones has narrowly lost out in a deciding frame at the last hurdle -and he would have been very anxious about lightning striking thrice when Xintong was among the balls in the seventh frame.

But he got a reprieve when the Asian youngster fouled after feathering the cue ball. Jones would launch a counter attack which amounted to him doubling the final pink to tie the scores 60 each with just the black ball remaining.

Both players had opportunities to pot the black, but it was the Welshman who would eventually cut it into a middle pocket to win in the most exciting, but pressurised of finishes.

A jubilant Jones spoke to World Snooker afterwards :
“I’ve lost 4-3 in the final round in each of the last two years so when it went 3-3 today I thought ‘here we go again’. Luckily this time I fell over the line. I’m buzzing to be on the tour for the first time. I’ve been playing for ten years and always wanted to be a pro - I can’t believe I’ve done it”.

Fellow countryman Allen beat best friend Alex Taubman 4-2 in the final round - aided with a break of 81.

The Flintshire potter is another recognised face from the European Tour and was number 1 in the Welsh amateur ranks this year. He dropped only 5 frames in 5 matches here and had made a 102 break in his third round encounter with Lee Shanker.

44 year old Weston, who was a professional between 1991 to 2003, will make a return to the big time after beating Kuldesh Johal 4-2 in the final qualifying round.

A resident on the south coast in Portsmouth, he has had to overcome health problems after being diagnosed with Chronic Fatigue Syndrome at the end of his first spell as a pro. A factor which often left him struggling to put the hours in on the practice table.

Weston - who has a job working with property, has modest, but realistic hopes for his return. He is aiming to better his all time world ranking high of 73, and will surely look to equal or improve on the last 32 finishes he got during the 1992 British Open and 1993 European Open major ranking events.

The last player to secure a gate pass for the World Snooker Tour was another veteran of the green baize - Yorkshires Paul Davison.

Affectionately known as ’Snowy’, the 43 year old was caught up in a last round four hour marathon with former World Amateur champion Luke Simmonds.

Everything looked comprehensive for Davison after opening a 3-0 lead, only to see his opponent chip away at the deficit and force it all square.

He then trailed on points in the decider, but he managed to fashion a 41 break which was a catalyst to creep over the line.

Like Jason Weston, the Englishman first played on the sports highest level back in the early 90’s. Davison showed commitment during the 2014/15 campaign playing as an amateur, after losing his tour card the previous season.

The conclusion of the second Q School event ended the hopes of many players, who now have big decisions on what to do with their careers.

One of the more famous causalities was Marcus Campbell, a former EPTC event winner in Germany only back in 2010.

He was looking for an immediate return to the top ranks having been relegated in April, but hopes were extinguished when he lost to Johal in the last 32.

Another very notable character, Andy Hicks, was a lot more successful in Burton, but ultimately failed in his bid for full time snooker status once again.

The Devonian did win 7 matches overall - losing agonisingly at the last 16 stage in both competitions.

He does however have the consolation of finishing high up in the Q School top up list. A ranking system which may allow him to enter many of the big tournaments should World Snooker not get an allocated 128 professional entrants.

Female star Reanne Evans’ hopes were dashed after losing to Ryan Causton in round two during the last chance saloon. Again she will have the dilemma of whether to travel to expensive European Tour events as an amateur.

Overall it was a dismal showing from the overseas contingent with all 8 graduates form the United Kingdom.

It would have certainly been an advantage for the home based players with the Q-School so close to them, but the only foreign players to reach either of the last rounds were Alexander Ursenbacher, Chen Zhe, Leo Fernandez and Xintong. 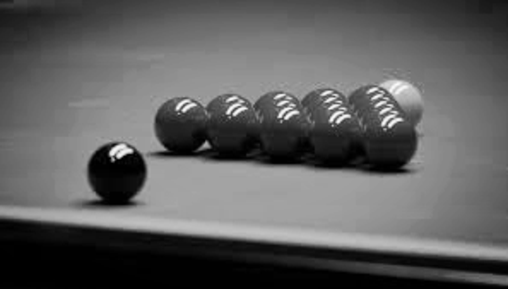