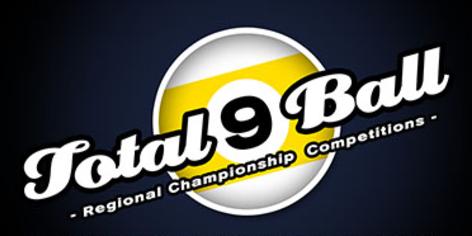 ARTICLE WRITTEN AND KINDLY SUPPLIED TO US BY THE TOTAL9BALL TEAM​​

​​Total9ball was back at our home St Albans Hurricane Room for the prestigious Amateur Series 2015 Event 7. As we approach the end of the season there was more to play for than ever with just a few chances remaining for players who haven’t yet won an event to reach the end of season Champion Of Champions event, T9B by the time of this event will have collected over £2000 in prize money (including entry fees of £35) The event will be open to the 16 event winning players only. There is also prize money awarded to the players who end the season ranked 1st, 2nd and 3rd on the official Total9ball Amateur Series rankings (best 6 results count from 8 event) also the top 32 players ranked players who have attended three or more Amateur Series events this season will be invited back for the Grand Finals (Around £500 will added by T9B for this event). There was also a £600 break dish thrown in for good measure. As you can see above there really is so much going on a Total9ball with many side events and results leading to other bigger events. This alone clearly makes the T9B series the biggest and best value series the UK has to offer.
Matches kicked off at 10.30am on Saturday 12th September, would today produce another new T9B event winner? T9B is really happy to see so many players improving their game and like to think we play a big part in this improvement through our regular high class competitions. There were so many players in this field in great form picking a winner was never going to be easy and add in the handicaps to level the field there really is an anybody can win feeling at these events. The T9B handicap system that we have been running this season in my opinion is the fairest it’s ever been with players stats checked after each event and changed on a rolling three event basis. This means it’s no longer an opinion based handicap system and now is functioning on facts. Also there are five current players on the T9B handicap committee who help to review each handicap change and make sure everything is keep up to date and fair.

Steve Chick after a great performance at Amateur Series E6 reaching both Semi Finals was seeded in both sides of the draw and I’m sure he would be hoping for a continuation of that form at this event. Unfortunately for Steve Chick his opening match up didn’t go to plan, Wayne Rooke was the opponent and the match ended 7v5 in favour of Rooke. Steve Chick jumped from in his words an awful performance to one of his best as he defeated Paul Taylor 7v3. Mark Newell was drawn to play Aslam Abubaker in both sides of the draw and these fixtures ended 1-1, Mark took the first match up by a brilliant 7v0 result but he was defeated 5v7 in the other side of the draw. Phil Wildman has been playing well in patches this season. Today was to be a good day for the T9B founder but he was going to have to fight hard in each of his matches as he tried to play himself back into top form. Wildman’s event started with a tough game again Laszlo Zsom after many long safety battles Wildman came out on top by 7 racks to 5. Mark Parker achieved so much last season moving from a 0 handicap to -2 racks but this season hasn’t gone to plan for the ‘Essex Panther’ this event began with a match up against a bang in form Chris Seville. Chris took advantage of some mistakes made by Parker and took the match 7v4. Chris followed this with a 1st round win in the other side of the draw by the same score line but this time against Zoltan Kojska. Players who reached the 3rd round would be seeded for the final event of the series. Seeded players are below

Break-Dish time, Total9ball were pleased that after ticket sales we could once again offer £600 for this side event, which was great considering money was collected at the previous event. The £600 prize was broken down to £50 per ball with a £100 bonus for the clearance. Up first this time was Wayne Rooke, to my knowledge this is the first time Wayne has been a lucky breakdish player. Well that luck didn’t last for long as Wayne crunched the break sinking 2 balls worth £50 each unfortunately the prize off £100 wouldn’t be called out as the cueball was kicked twice and ended up in the top left bag. Unlucky Wayne. Next up… Veso Papradanov… Veso the Bulgarian machine has become a bit of a break dish specialist, just last week he collected £100 for just executing the perfect break and this time he hit his break even better, 3 balls down and the option to collect £150. Veso decided to carry on and be brave, this choice was rewarded with a further £50 after he potted the 1 ball. He wasn’t keen on continuing and collected £200. Two shots for £200 another good day for Veso at T9B. The pot was then reduced to £5 per ball with a £50 bonus and the player picked was Steve Chick. The break wasn’t hit the best by Chick as he glanced off the pack catching the balls very thin but it worked in his favour, one ball down and it was almost a road map clearance that remained. Steve looked confident as he began potting the balls at some speed without even considering collecting. Just two balls remained Steve just took his eye off the penultimate ball and missed it. Chick looked in shock as this was a great chance to beat the break dish. Unlucky Steve Chick. The pot of £400 rolls over to the next Amateur only event.

Back to the main comp, just 16 players remaining and it was just Veso Papradanov that had both his lives intact. Could he keep this alive through this round? Veso took on Phil Wildman first and it looked like he would get a confidents boasting victory as he lead 5 v-1 but Wildman needed the ranking points to maintain his position at the top of the rankings. The comeback was on as Wildman rattled off 7 of the next 8 racks to leave the match at hill-hill. Veso had a great chance to win the match but made a glaring error and Wildman swept up the remaining balls to advance. Veso got it all so right in the next match as he removed Aslam Abubaker from the event 7v2. The handicap seemed to work well as 50% of matches in this round ended 7v6. Alim Khan, Mikko Tuomi and Mark Parker all benefited from playing good final racks to end the event for Mark Newell, Shakz Islam and Mark Williams respectively.

Just eight players remained in this event and it was now effectively a straight knockout event as nobody could win the 2x Jackpot. Steve Chick looked like the one to beat as he destroyed Mikko Tuomi 7v0. Mark Parker and Veso Papradanov fought out a classic match. Mark looked to be in a strong position at 5v5 having caught up the large handicap start but Mark failed to take his chances in the next two racks and Veso booked up his space in the Semi Finals. The other two matches in this round ended 7v4 as Phil Wildman and Wayne Rooke defeated Jermaine Pierre and Alim Khan. The 4 remaining players would cash a minimum of £80 each.

The Semi Finals were upon us and the event was set to finish in great time. Just one previous T9B event winner remained in the final four and that was T9B’s very own Phil Wildman. Steve Chick ended Veso’s tournament winning dreams by a 7v4 score line while Phil Wildman needed all racks to get the better of Wayne Rooke. Wildman lead 6v5 in this match but Wayne fluked the 9ball to take the match to hill-hill. Wildman looked frustrated but was in no mood to be denied his place in the Final as he broke dished the deciding rack.

Here we go Phil Wildman vs Steve Chick in the Final of T9B Amateur Series E7. Phil began the match on -3 racks while Steve started +2. Steve got the better of Phil for the first time in a tournament a couple of events ago and then again in another event just weeks later prior to these two defeats Wildman was undefeated against Steve. Wildman started this final well and it was Steve who made a couple of mistakes, but it wasn’t long before the match became the Steve Chick show. Recently Steve has been defeated in a couple of Finals at various events, Could this be the day where Steve finally proved the massive improvement in his game by becoming a T9B champion? YES YES YES was the answer Steve Chick sprinted home a massive 7v1 winner and the performance matched the result. Wildman comment after the match, ‘I’m gutted to lose in the final but at the same time I’m proud of my friend Steve Chick on his maiden T9B victory, I’m sure there is a lot trophies coming his way. He works so hard on the practice table therefore he deserves every result he gains and now he seems to have conquered some personal issues he really is a danger… a big danger in the Champion Of Champions event’.

So another great event is complete and another new winner is found. A massive thank-you to our sponsors Dynamic Billard and Hurricane Room, Also to all the players who supported this event.