25 year Ko Pin Yi from Taiwan fulfilled his undoubted talent by claiming his maiden World Championship by winning the 10 ball divisions most prestigious prize in the Philippines.

The former two time Junior World Champion defeated Filipino crowd favourite Carlo Biado 11-9 in what was a nail biter of a final.

Although throughout much of the showpiece match it looked like a non event, with Ko racing into a quick 4-0 lead, before extending that advantage to 9-2.

However the pressure of the occasion and the passionate crowd, who not only filled the small TV arena, but also the shopping mall floors above, seemed to get to the Taiwanese cueist.

It was a rally of epic proportions by Biado, who himself was looking for his first world crown. Somehow the home star clawed himself back into contention at 10-9, sending the partisan onlookers in to raptures.

With nerves shredded, Ko stood up to break in rack 20 of the alternate break system.

He managed to sink four balls, and somehow managed to hold himself together in running out to win the match; and take the $40,000 first prize.

It would have been a massive relief for a man who has previously gone very deep in major professional events, albeit not tasting gold.

Through an interpreter, the champion after the match said -
“This is my first time being a world champion so of course I’m very very happy.
When I was up 9-2 I was thinking that I was going to win so I just relaxed. That was my mistake. When the score became 9-5, that’s when I really started to feel the pressure. For the next few racks he kept winning and I had to tell myself to calm down. I took some deep breaths and just tried to relax. I made a few very difficult shots near the end so I’m very happy with the result and that I was able to pull through. I think it’s actually better this way. Of course I would have liked to win 11-2, but to be under that kind of pressure and to still win, that makes it much better.”

It would have been a bitter disappointment for Biado, especially after reaching the semi-finals of the championships’ last staging back in 2011. He takes a consolation $20,000, and is safe in the knowledge that his name is now certainly towards the top of the list of potential future major winners.

It was a very long day for the duo. The eight remaining survivors entered finals day in the knowledge they would have to endure a triple header of matches to taste ultimate success. It would be a mental and physical challenge.

Ko started the day by defeating fellow countryman Yang Ching Shun 11-7, before setting up a fairytale showdown with his younger brother Ping in the last four.

But the family affair clash seemed to lack intensity, with the older sibling coasting to an 11-2 victory.

Biado also won by that score line at the same stage in beating Spain’s David Alcaide, and had earlier in the day ended the hopes of China’s Liu Haitao 11-7.

The 128 player $200,000 event was played initially in a double elimination group format, which saw the field halved going into the knockout phase.

Although the championship has always taken part in the southern Asian country, lack of sponsorship has led its place on the WPA calendar to be sporadic.

However professional pool has a hero in the global sporting icon that is Manny Pacquiao.

A keen enthusiast, Pacquiao dipped into his pockets once again for a sport he plays and loves.
Not only did the Filipino contribute, but he showcased and endorsed the event, thus securing its immediate future.

It was the latest in a string of baize related ventures for the boxer, and the pool world is so appreciative of the work and commitment the great man has put in; especially given his busy schedule. 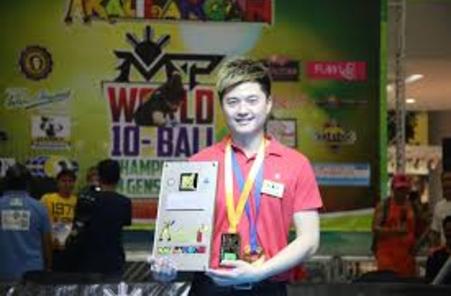 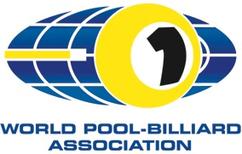