​​Ryu Seang Woo has about as unassuming a personality as you can find in pool. So when the low key 30 year old South Korean found himself down 5-1, then 8-5 in a race to 9 to the defending World 9-ball Champion Niels Feijen, nobody in the Al Arabi Sports Club gave  Ryu even a sliver of a chance to pull off the shocking upset against the fiery Dutchman.

But this was Judgement Day at the 2015 World 9-ball Championship, when strange and amazing things happen. On this day a single millimeter roll of the ball, or a funny kick can change lives and careers.  You might go through to the Final 64 knockout stages--where from there it’s six wins to pool history-- or you could just as easily find yourself heading for the exits in a state of depression, having never made it out of the group stages.

And so it was that Ryu showed he has a lion’s fortitude that belies his soft demeanor. The Korean battled to 8-7 down, then found himself in jail courtesy of a lockdown safety by Feijen. Ryu looked finished, until he hit the shot of his life, a full table kick on the 1-ball that caromed off the 7-ball and into the pocket. Ryu ran the balls to tie, then stood up, battled the unbearable tension, and broke and ran for the stunning 9-8 win and an unlikely spot in the Final 64 knockout stage.

“This is really unbelievable, so unbelievable,” Ryu said shaking his head in disbelief as a shell shocked Feijen packed up his case and left the arena. “I just concentrated very hard every game. The important shot was the 1-ball when I was down 8-7. After I make that I think I have a chance. Beating the defending champion is really very amazing. I will never forget this game. But of course now I have to concentrate on my next match.”

While Ryu pulled off the upset of the tournament on Judgement Day, a far more obscure player brought out the biggest celebrations at the Al Arabi. Qatar’s Mishel Turkey entered his match against England’s Daryl Peach on the TV table today as the lone Qatari player left standing in this year’s world championship. Qatar’s two most prominent players, Waleed Majid and Bashar Hussain, had been eliminated earlier in the day and the hopes of the host nation rested on an unknown 19 year old, who spends most of his time these days serving in the Qatari army.

Turkey, however, turned what looked to be certain misery for the hosts into sheer delight. The youngster played the match of his life, while former world champion Peach never got untracked. Turkey held fast and won going away, 9-4. He is now the lone Qatari to advance to the final 64 knockout stage.

“Daryl Peach is a big name. I try my best on the table and I won so I’m very happy,” Turkey said afterward as he was mobbed outside of the arena by members of the Qatar billiard community. The youngster revealed that one of the keys to his sudden rise in pool was joining the army early in 2015 and shedding a whopping 35 kilos(77lbs.)

​
“This year I really improved and I feel more confident that I can win on the table,” Turkey said. “Before when I played, I’m scared, but after joining the army I lost a lot of weight and I feel so much stronger. Today I took my time and I walked around the table and I was thinking very clear. I’m still an unknown player and I don’t have a lot of experience. It’s an honor to be the one to represent Qatar. I don’t want to think how far I can go in this tournament. All I can say is that I will try my best. I will always try my best.”

The surprise results kept coming throughout the day. When it was over, the last 64 standing represented what is one of the most diverse and wide open fields pool has seen in years. New names and new countries, combined with plenty of familiar faces promises to make the run for pool’s biggest prize over the next three days not only dramatic, but fascinating as well.

World number one Albin Ouschan of Austria very nearly didn’t get through as he was pushed to the limit by Indonesia’s Irsan Nasution. Ouschan, who recently became a father just two weeks ago, didn’t seem to have the fire in him today but he prevailed 9- 8.

Holland will now be without two of its familiar names as veteran Nick Van den Berg joined Feijen at the exit door as he fell to Russia’s Rusland Chinakov, 9-4.  Dutch fans, however, will not be left out in the cold as two of their young up and coming players, Marc Bijsterbosch and Marco Teutscher, both qualified.

Spanish veteran Francisco Diaz-Pizarro notched one of the biggest wins of his career, as he eliminated former two-time world champion Thorsten Hohmann of Germany, 9-4.England’s Darren Appleton drew a relatively light opponent in Bangladhesh’s Sinha Fahim, winning easily 9-2. But Appleton’s World Cup doubles partner will be missing from the knockout rounds for the first time in many years. Karl Boyes and two time former champion Fong Pang Chao of Taiwan went toe to toe  before the Taiwanese veteran pounced on several glaring errors by the Brit, and booked his spot in the knockout round with a 9-7 win.

The Philippines Johan Chua finally got on track with a gritty win over the always strong Chang Jung Lin of Taiwan. Veterans Warren Kiamco and Lee Vann Corteza played well and made it to the business end of the tournament.

Results Day 4(All winners advance to Final 64. Losers are eliminated)

​thecueview would like to thank Ted Lerner and Richard Walker for supplying us with this article from Tuesday 15th September 2015. 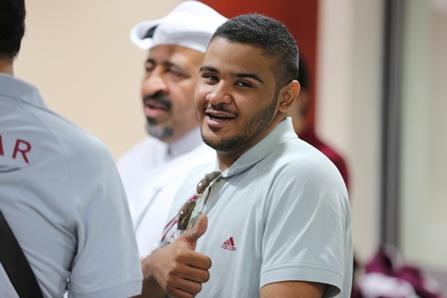 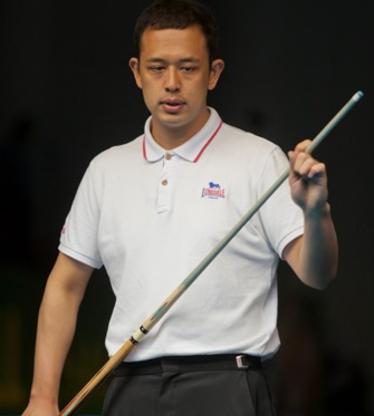