TO RUN THE GAUNTLET

​​So you want to be the champion of the world? Well good because now comes the hard part.

After a day of weeding out the pretenders from the contenders at the Al Arabi Sports Club, and with the field having been halved from 64 to 32 players, the 2015 World 9-ball Championship is now headed for what will surely be a dramatic climax over the next two days. Thursday promises to offer up enough drama, nerves and memorable pool to last many years as anyone who has designs on 9-ball’s biggest prize will be put through the meat grinder, with the field being whittled down to just four players at the end of the day’s play.

The group of 32 remaining players offers pool fans a fascinating combination of champions, veterans, potential rising stars and a few newcomers all ready to do battle. Many had to pass stern tests in their round of 64 matchups today, with some players being taken to the very limit before barely getting over the finish line.

It would be difficult to say that there were any shocking results in any of today’s 32 matches. That’s because the lesson from this year’s World 9-ball Championship is that the talent level in professional pool has risen dramatically from all corners of the globe. Perhaps never before in pool history has there been so many top level players competing all at once. This has produced a parity that makes predicting winners extremely difficult.

Nowhere was this more clear than in an early match featuring one of the tournament’s favorites, Taiwan’s Ko Pin Yi. Ko, the current World 10-ball champion and a marvelous talent, found himself down 4-1 early to James Campbell from Australia. Australia? Yeah you read that right. The land down under hasn’t produced word beaters in a long time but the young Aussie looked cool as ice as he stayed even through the halfway point. Ko, however, had too much class and won 11-7, but not before taking a few solid hits.

Ko already knows to prepare himself for some major blows in his round of 32 match on Thursday. There he’ll face the man he barely beat in the finals of the World 10-ball championship in February, the Philippines Carlo Biado. Biado absolutely wiped the floor of the Al Arabi clean with fellow Filipino Lee Vann Corteza today. This matchup between two of the sport’s best young talents is about as good as pool can produce. Whoever wins between Ko and Biado could very well go all the way.

England’s Mark Gray is starting to feel that he too could have designs on the big prize, especially after making a great escape today against the legendary German Ralf Souquet. Gray trailed the entire match, but hung around and at 9-7 down he won three straight racks to move to the hill. Souquet countered to tie but Gray broke and ran for a very satisfying victory.

Afterward Gray seemed downright ebullient and for good reason. He knows his rock solid snooker-trained stroke can hold up as good as anyone’s under the immense pressure of championship pool. And since becoming a father last year, his new found positive attitude at the table has been a key to  his stock rising once again.

“I’m not renowned for my stickability,” Gray said referring to his once shaky resiliency. “Sometimes I can get down on myself. But since I became a family man a couple of years ago, I realized that there’s more important things than pool. I just try to enjoy pool a lot more now. Ever since my little girl Sofia was born a couple of years ago, things seem to have happened for me on the pool table. I seem to be a lot more relaxed at the table, I hold myself together. And I seem to get rewarded for it.”

Gray will have all he can handle in his next match against one of pool’s fastest rising talents, John Morra. The Canadian pounded the UAE’s Omran Salem, 11-2.

Several other veterans produced fine victories in the early sessions today. Finland’s Mika Immonen, the 2001 World 9-ball Champion and a member of the Hall of Fame, continued his impressive form with an 11-2 win over Singapore’s Goh ChinTeck. The Philippines’ Warren Kiamco outlasted countryman Raymund Faraon 11—7. And Wu Jia Qing, who won the World 9-ball title exactly 10 years ago at the age of 16 years old, crushed Indonesia’s Irsan Nasution, 11-3. Wu will now feature in a hardcore match against world number 1, Albin Ouschan of Austria, who outlasted Japan’s Satoshi Kawabata, 11-8.

Today’s matches also showcased some terrific young talents, and fans will now get a chance to see them matchup.

Russia’s Ruslan Chinakov has been turning heads of late, and his 11-5 drubbing of the Philippines’ Antonio Gabica had fans singing the 23 year old’s praises. Since he appeared on the scene six years ago, Chinakov’s been known as a pool prodigy who didn’t like to practice much and didn’t have a head for pressure situations. But the Russian has recently redoubled his efforts in pool, even hiring renowned Dutch coach Johan Ruysink to help bring his game to championship level.

“I’m trying to get my game back to when I was 17 or 18 years old,” Chinakov said. “That’s when I played my best pool. This year has been good so far. Johan has helped me by telling  me to keep my mind clear. It seems to be working.”

Chinakov will get a chance to test his new found confidence when he trades blows with Chinese rising star Wang Can, who took down Japan’s Tohru Kuribayashi, 11-7.

Singapore’s Aloisius Yapp and the Philippines Jeffrey Ignacio are two youngsters who have shown serious promise and will face off in the final 32. Yapp outlasted Japan’s Naoyuki Oi 11-9, while Ignacio routed Canada’s Jason Klatt, 11-5.

While Americans rightfully focus on the great Van Boening as their potential savior in 9-ball, Dechaine has exhibited all the tools so far this week to create serious waves. The 28 year old played a brilliant match today and his confidence level seems to be soaring.

“I’m playing great right now and I feel good,” Dechaine said after his high qualify match with Cheng. “I’ve got good concentration, focus, I’m breathing good. I’m not that nervous…yet. I think I’m playing rotation pool as good as anybody right now. I’m not going to put any pressure on myself. I’m not going to expect anything.”

England’s Darren Appleton had an easy time in his match against Mexico’s Reuben Bautista, winning 11-3. Appleton will now have a showdown with Greece’s Nick Ekonomopoulos, who outlasted Norway’s Matey Ullah, 11-7. Another Greek, Alexander Kazakis, pulled off his biggest win to date with a nervy 11-10 comeback victory over Taiwanese veteran and two time former world champion Fong Pang Chao.

Taiwan’s former world number 1 Chang Yu Lung looked like a monster with his 11-4 win over the Netherland’s Marc Bijsterbosch.  Another Taiwanese, 19 year old Ko Pin Chung, who is the younger brother of Ko Pin Yi, looked positively brilliant with an 11-5 drubbing of Austria’s Mario He. The younger Ko will now be tested by the 2011 World 9-ball Champion, Yukio Akagariyama.

The field will be reduced to four players by the end of play on Thursday. The semi-finals and finals will be played on Friday.

Complete up to date brackets can be found here: http://competition.kozoom.com/en/home/qatar/

thecueview would like to thank Ted Lerner and Richard Walker for supplying us with this article from Thursday 17th September 2015. 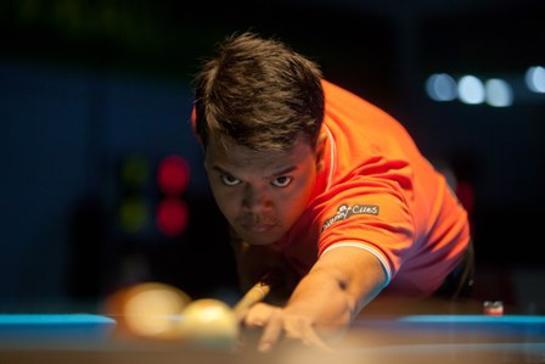 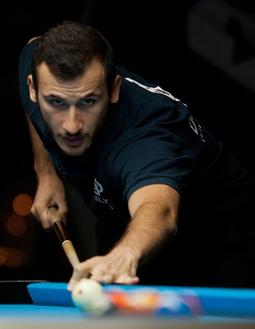 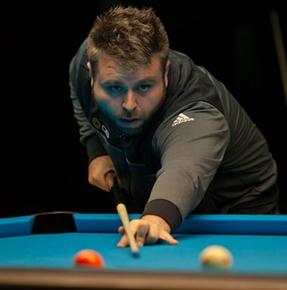