Former winners Chao Fong-Pang and Yukio Akagariyama were among the twelve players who came through the qualification rounds at the Al Arabi Sports Club in Doha for the 2015 World 9 Ball Championship.

Chinese Taipei’s Chao, who was champion back in 1993 and 2000, came through the second chance qualifier to book his place in the main draw which begins Saturday. ‘The Cold Face Killer’ is attempting to match Earl Strickland’s record of winning the title on three occasions.

Akagariyama of Japan knows exactly what it takes to win in Qatar when he became champion here in 2011. He too will be present with the big boys again, however, he left it late when advancing from the last chance saloon on Thursday.

Promising Filipino Jeffrey Ignacio will be a real threat for the $30,000 first prize, and he signalled his intentions by qualifying at the first possible avenue. Matey Ullah (Norway), Francisco Felicilda (Philippines) and Wu Kum (Chinese Taipei) were the other successful cueists from opening chance draw.

Stage 2 will again consist of 128 players, this time split in to 16 groups of 8. Simplified, they will have to win 2 out of 3 matches, in a double elimination format, to make the last 64 knockouts.

Niels Feijen is the reigning champion, but he faces an extremely tough task in defending his title; something that has only ever been achieved once in the 24 year history of the competition (Strickland 1990/1991).

Written by Michael Day, published on the 11th September 2015​​

​The 12 qualifiers will join the list of players above in the main event starting Saturday. 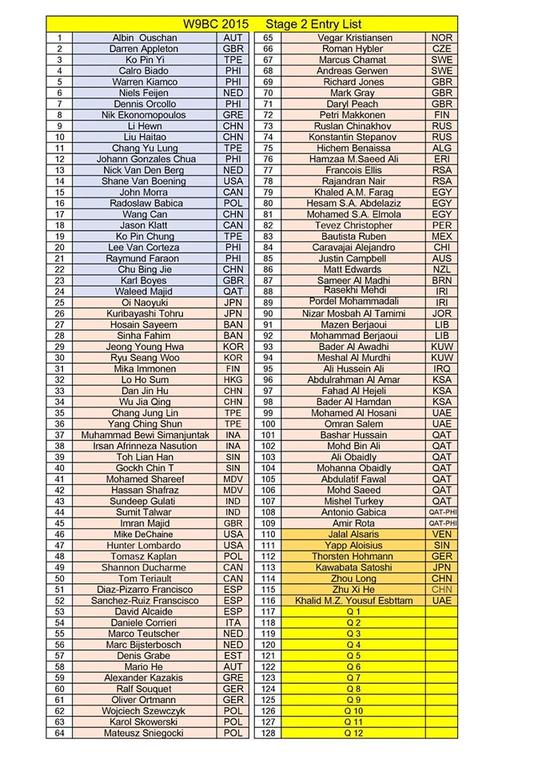 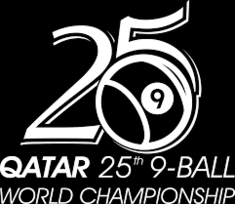