​MANNING BACK TO WINNING WAYS

Jesters Snooker Hall, Swindon has been a place where top quality snooker has been played for many years and last weekend was no exception.

Eddie Manning from Cornwall (pictured above, left), a former professional from some years back, led the way in winning Event Two of the West of England Billiards & Snooker Foundation Gold Waistcoat Tour and now leads the Tour Ranking Table ahead of Any Neck (Devon) and Darran Lock (Cornwall).

In the final Manning beat Stuart Watson (also pictured) (Worcestershire) in a closely contested final to take the prize pot. Manning’s route to the final started in the group stages where he made an excellent break of 132 on his way to finishing top of the group. Watson finished second in the same group posting several breaks over 50, the best being a 95.

In the Knock-Out stage Manning made light work of Event One Runner-Up Lock and former overall champion Neck; Manning making breaks of 52,62 & 67. Watson beat Harvey Chandler (Northamptonshire) but was made to dig deep against Andy Symons from Devon after Symons powered in the best break of the day, a superb 137.

Spokesman for the WEBSF said, “This venue has seen many great days of snooker over the years and today the players have produced yet another break-fest. Fifty breaks over fifty, plus seven centuries. The best break came from big hitter Andy Symons, a fantastic 137, it’s been a real spectacle.

Eddie Manning was just pipped to the post for the overall title last season but with his consistency and the form he has shown today he has to be a main contender.”

Any player interested in entering WEBSF events or potential volunteers willing to get involved with the work of the WEBSF they should contact Steve Canniford, Mobile 07891940995 or visit http://www.websfsnooker.com or WEBSF Facebook.

Thanks to Jesters Snooker Hall, Swindon who sponsored this event.​

​Many thanks once again to the WEBSF team for allowing us to share their article. 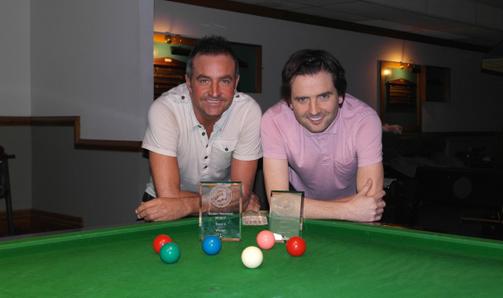