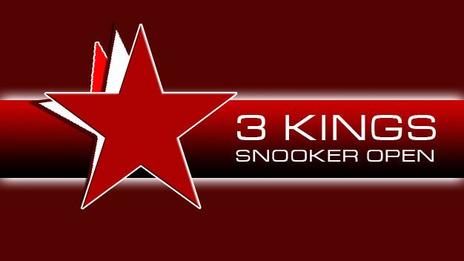 DRAGO DOUBLES UP IN AUSTRIA!

The field was initially divided into round robin groups of 3 or 4. They would play each other in best of 3 matches, with the top 2 qualifying for the Last 32 knockouts.

Drago comfortably navigated his way through his group and opening KO rounds.

In the quarter-finals he came up against dangerous Swiss former professional Alexander Ursenbacher.

Drago would prevail 4-2, constructing a 139 break, the highest of the event, in the first frame.

However, his defence looked to be coming to an end in the semi-finals when he trailed home hero Andreas Ploner 3-1. But to Drago's credit he held on, depositing runs of 41, 62 and 47 to survive the scare and come through 4-3.

Exciting prospect Cini would be his final opponent, after the 19 year old dropped just a total of 2 frames en route.

Drago would have the better of his counterpart, though, running out a 5-1 winner.

​It is the third time Tony has won this competition, and draws him level with Dominic Dale, who also has a hat-trick of wins. It is the first time someone has defended it since Dale in 2011.

It may have been a generation game, but Cini really represents hope for Maltese snooker in the future.

​A frequent entrant for European Tour events, he reached the Last 8 of the recent IBSF World Amateur Championships in Egypt, and the same stage in last year's European Men's and Under 21's Championships.

Written and published by Michael Day on the 6th January 2016​