62 players from 6 different countries started the African Billiards and Snooker Federation (ABSF) event, which was held in the Egyptian holiday resort of Sharm-El-Sheikh.

​South African Francisco was dominant pretty much throughout.

He started his campaign by qualifying top of his Round Robin Group with 3 wins out of 3 - dropping just one frame in the process. He then made his way through the Knock-Outs from the Last 32 onwards - culminating in a 5-4 semi-final victory after being 3-0 down.

In the Final he would meet fellow ex-main tour player Wael Talaat (Egypt). This meeting was particularly interesting, as it brought together the two most successful players in this tournament's history. Wael was the winner in 2007, 2009 and 2011; Peter claimed it in 2012 and 2013.

However, it was 54 year old Francisco who would also make it a hat-trick of African Championships with a comfortable 6-1 win; finishing off with an 84 break.

His success guarantees him a place at the 2017 World Games in Wroclaw, Poland. I believe he is also in line to be nominated as Africa's representative for the World Snooker Professional Tour during this season and next, although he has declined this invitation before, and is likely to do so again I would think.

To find out more about the event, please visit the Africa Billiards and Snooker Federation Facebook page here.

Picture above was taken by Munier Cassim

Written and published by Michael Day on the 10th August 2016 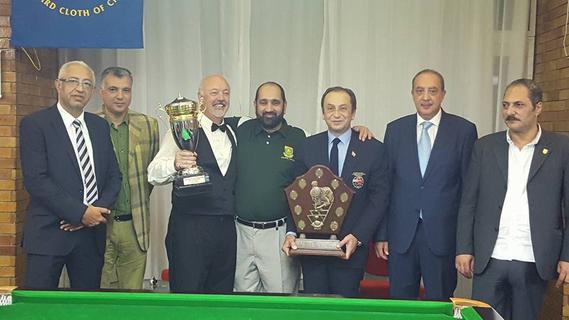