BLISTERING BOLTON DOES THE DOUBLE

Matthew Bolton continued his dominance of the 3 ball game 'Down Under' by claiming back to back major national titles in Melbourne last week.

The first half of this dedicated festival to English Billiards saw the 2016 Australian National Championship played. A healthy figure of 48 entries from all across the country took part in this 'timed' event.

With the field initially divided into 12 round robin groups of 4, Bolton breezed through Group A after winning all three matches.

Due to his record, he was seeded straight into the Last 16 knockouts where he dismissed David Bates 843-289 with the aid of a run of 393.

Bolton's sternest examination throughout the whole tournament was probably his 721-576 success over Rod Nelson in the Quarter-Finals. He then comfortably negotiated the experienced Joe Minici 1539-516 to make the Final.

​There he met fellow Western Australian Frank Humphreys, who himself was unbeaten to this point.

​But Bolton was in a menacing mood, keeping Humphreys in his chair throughout much of the 5 hours clash.

It is incredibly the 14th time Matthew has won the National Championship.

However, Bolton wasn't done there, he also regained the Australian Open Championship; a competition played to a 150Up format.

With a slightly reduced field of 32, amazingly Bolton didn't drop a single point on route to the final. He won all three group games 3-0, and then eliminated Simon Scerri 4-0, Jason Colebrook 4-0 and David Bates 5-0 in the Last 16, Quarters and Semis respectively.

Former national finalist Michael Pearson was his opposite number in the final - again, he too was undefeated.

But Matthew put paid to any hopes the man from New South Wales had by comprehensively winning 6-1; rattling in five centuries during the process.

Written and published by Michael Day on the 27th June 2016 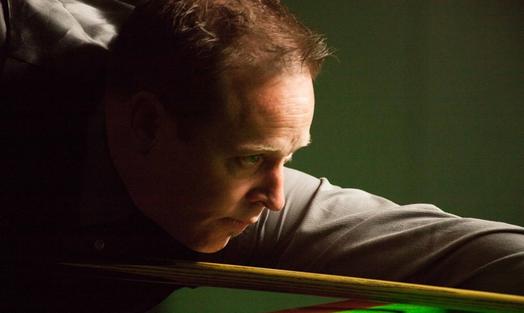