DINSMORE WINS THE FIRST EVENT OF THE 2016 BWPPA SEASON, AND LESTER DOES THE CHALLENGE DOUBLE​

​The 2016 BWPPA season began on the 5th/6th March 2016 with the GNO Southern 9-ball Open held at the BWPPA/BWCSA Wheelchair Cue Sports Academy at Stoke Mandeville. The title sponsor of the event is our main tour sponsor the Gentleman’s Night Out charity, based in the West Midlands.

The tour got off to a great start with some excellent pool on show. Among the entries was Stuart Vincent, who was appearing at his first BWPPA event. Ireland’s Fred Dinsmore was keen to add to his 2 victories during the 2015 season, which helped him to the top of the ranking for a 2nd successive year.

Following his bye into round 2 as no.1 seed, Dinsmore started off with a 7-0 win over the debutant Vincent. Dinsmore then followed this up with a 7-2 win over great rival Roy Kimberley.   This sent him into the semi-final, while Vincent showed great spirit in the losers bracket making a comeback, which pushed Matt Lester as hard as he could. We hope to see Stuart Vincent at many more BWPPA events in the future. He certainly has the talent to challenge the best on tour.

The other half of the draw was loaded with talent, Lee beat Craig Welsh 7-4, then held off a comeback from Tony Southern to win beat 7-5.

In the first semi-final Southern (who had come through the losers side with a 7-2 win over Matt Lester) lost 7-2 in a one sided match with Dinsmore.

In the other semi-final it was Lee against Kimberley (who had beaten Welsh 7-4 in the qualifying round), and Lee won comfortably 7-2, to make his 2nd successive final and guaranteed his move to 2nd in the rankings.

As the final 9-ball of the weekend was potted it was Dinsmore who took home the spoils with victory in the Main Event over Lee, and extended his lead at the top of the rankings. This year the players again battle for a superb prize of a top of the range cue from one of our longest serving main sponsors, Predator Cues, which will be awarded to the no.1 ranked player at the end of the season.

The Main event final between Lee and Dinsmore was a rather one-sided match, with some excellent clearances mixed with some good safety and kicking.

At 4-0 down, Lee hardly had a chance at the table as Dinsmore continued his weekend of almost flawless pool, and it was him who took the title with a 7-2 victory. After the final the Champion said “ I Played very solid all weekend. Thanks to my sponsors, Predator, Volturi, Cheqio, and Ger Dunphy Snooker & Pool, special thanks to my coach Johny Vanrijkel. We had a lot to think about after Sweden and he gave me the key to turn my form around quicker than I thought possible. Also huge thanks to everybody who supported the fundraising and Darren for his efforts and constant support, and to the BWPPA committee.”

Lee is now 23 points behind Dinsmore at the top of the rankings, with Southern dropping to 3rd, but with the best 4 of the last 5 events counting, the next event should be a great one at the ‘Escape Pool Bar’ in Barnsley in May.

In the Challenge Cup Final Matt Lester won his 2nd challenge event in a row to beat Nicky Oliver 7-5. Afterwards he said, “It’s nice to keep the winning feeling alive. Thanks to Jason Francis at Snooker Legends and especially to George and Amanda at Escape Pool Bar in Barnsley. Their support means so much!”

A full video of the main event final is available here pictures of the event are here in the BWPPA gallery.

The BWPPA team head to Austria in April for the European Championships, the team captained by Southern also consists of Kimberley, Lee, Matt Duffy, and we must also mention BWPPA member Fred Dinsmore from Ireland. See here for more details of that event.

thecueview would like to thank the BWPPA for their continued hard work!​​​ 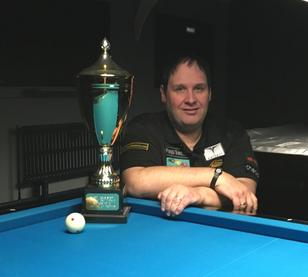 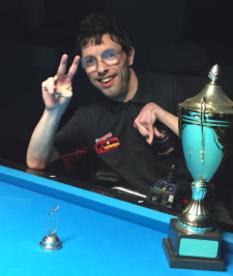