Judd Trump upset the odds to claim his third Championship League Snooker title; his maiden trophy of the season.

​Previously successful here in 2009 and 2014 too, the 26 year old recovered to topple an irresistible Ronnie O'Sullivan 3-2 in the Grand Final. O'Sullivan had earlier registered consecutive breaks of 134 and 119 to move 2-1 in front.

During the afternoon, there was a fierce scramble for play-off places at the conclusion of the round robin stage.

Trump, Matt Selt and Ali Carter all finished on three points, and were only separated by frames won, and then more frames lost in the case of the latter pair. Carter would be the one to miss out by virtue of just one frame for both criteria.

O'Sullivan had no such drama as he headed the rankings after banking his opening five fixtures. Although his incredible 24 match winning streak in 2016 was eventually broken by Mark Williams 3-0 in his last group match-up, but his number one position was already guaranteed before then.

This victory for the Welshman qualified him in second for the semi-finals, where as a defeat would have seen him finish level on three points with the trio mentioned before, but with an inferior amount of frames won. This was the initial avenue that saw Carter eliminated in fifth.

Mark Selby, who lost all four matches on Wednesday, restored some pride when winning his last two games to end sixth.

In the Last 4, O'Sullivan was fairly comfortable in dispatching Selt 3-0, whilst Trump edged a high quality affair with Williams 3-2.

​​​The culmination of this two month long event would feature two of the biggest draws in the sport - the fourth time they have clashed in a final inside the last 17 months (2014 Champion of Champions / 2014 UK Championship / 2015 World Grand Prix).

In a display of ruthless one visit snooker, four of the five frames were taken with the loser not scoring a point.

Judd took the initiative with the aid of an 86 for the opener before Ronnie's brace of tons put him in the fore.

A closer fourth frame would see the underdog level it, and a 73 in the decider guided him to the glory.

In total, over the course of his only qualifying group and this week, Trump has racked up a total of £20,400 with all the various bonuses on offer. He is also now assured a place in the 2016 Champion of Champions; a tournament he wasn't already qualified for.

Whilst O'Sullivan may feel a little disappointed at not taking the top honour in a competition he has almost dominated from start to finish, this is perhaps the nature of a short race concept like CLS. He did however pocket £16,100 for his efforts overall, and still goes into next week's World Grand Prix as the favourite.

​For the first time in six weeks, the circuit takes a break this weekend before the start of Tuesday's WGP in Llandudno in North Wales.

Coincidently, Trump is the defending champion there.

Many thanks to World Snooker for permission to use the above photo.

Written and published by Michael Day on the 4th March 2016​​​ 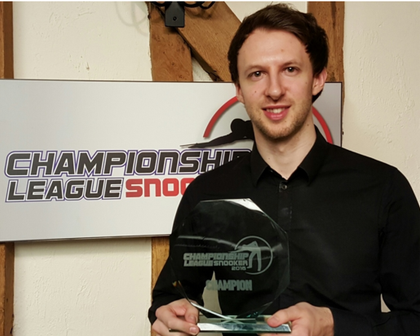