After an absence of five years from the tournament calendar, the English Ladies Snooker Championship event returned on Saturday. The biggest female name in the sport, Reanne Evans, would walk away as the champion.

Resurrected and run by the EASB (English Billiards and Snooker Association), the last edition was won by Tina Owen-Sevilton in 2011. A small, but keen field assembled at the West Midlands venue which saw the players initially put into Round Robin groups.

Reigning and 11 times World Champion Evans lived up to her hot odds-on favourite tag. After qualifying from her group she beat Shannon 'The Potting Machine' Metcalf 3-0 in the Semi-Finals before a 4-1 final victory over Bex Granger. She also had the highest break of the day with an effort of 74.

​Granger continues to show improvement with her performances and results. She also took another frame off the eventual champion in the Group Stages, and defeated the experienced and successful Mario Catalano 3-0 to book her place in the final. Practising in the lead up to this tournament, Granger made a 120 break.

LiteTask - big supporters of the Women's Professional circuit, awarded cash prizes to both finalists to help them compete in the WLBS World Championship in Singapore next year. Evans receives £800 and Granger £400 towards their travel costs for that event.

Many thanks to Sharon Kaur for permission to use the above photograph.

​Written and published by Michael Day on the 3rd December 2016 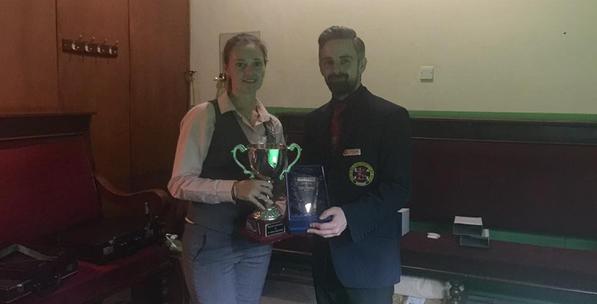