The venue stages for the inaugural European Masters will start this time next week at the Globus Circus in Bucharest, Romania. However, with the exception of matches including Mark Selby and Ronnie O'Sullivan, all players will have to negotiate two rounds of qualifying in the next three days to book their place in front of the TV cameras.

That meant 128 players entered the event, although there were a handful of withdrawals before a ball was struck. Iran's Hossein Vafaei Ayouri and Maltese Wildcard Tony Drago didn't make it to the Guild Hall, whilst newly crowned Shanghai Masters champion, Ding Junhui, was apparently scuppered by visa problems.

No one who had played in Shanghai last week featured today in Preston. All matches here are the best of 7 frames with no interval.

First through to the Last 64 was Dominic Dale, who finished off with a 104 in a 4-1 win over Malaysia's Thor Chuan Leong.

​Peter Ebdon needs prize money to maintain his Top 32 ranking; he eased those concerns with a 4-0 whitewash of Jamie Cope. Alfie Burden dropped the opening frame but chalked up the next four on the spin in eliminating Pakistani professional Hamza Akbar.

The story of the session was Michael Wild's impressive comeback to register his first win on the pro tour for nearly a year.

The 2015 European Amateur Champion trailed Cao Yupeng 3-1 before mustering an onslaught to oust him 4-3 on the colours in the decider. He last tasted success when he sensationally swept aside Judd Trump 6-0 during International Championship qualifying at the start of October 2015.

Nearly producing an even bigger turnaround was Sanderson Lam, who forced a decider with Daniel Wells having fallen 3-0 behind early on. But Welshman Wells, who made a 101 in Frame 2, shifted momentum again in the last.

Jimmy Robertson and Gary Wilson each constructed a break of 127 during their comfortable wins over Chen Zhe (4-0) and Sydney Wilson (4-1). Also progressing to Wednesday's next round with positive 4-1 results were Michael Georgiou and Hammad Miah.

Oliver Lines totted up a trio of half centuries in beating amateur Brandon Sargeant 4-2, whilst home town player Ian Burns upset Alan McManus in a decider.

​Second year professional Duane Jones registered his fifth match win of the season after squeezing past the experienced Anthony Hamiliton 4-3. Jones, who contributed with 104, 80 and 50, won just twice during the whole of last season.

Joe Swail came back from 2-0 down to deny amateur Louis Heathcoate 4-2, but there was success for second-tiered Ashley Hugill who saw off 2016 Crucible qualifier Mitchell Mann 4-1. 'Mann made' a 122 in the solitary frame he took.

Another century maker was recent Paul Hunter Classic runner-up Tom Ford (101) as he dismissed Li Hang 4-2. Former World Champion Graeme Dott was in clinical scoring form as he rattled in runs of 93, 63, 50 and 97 to leave opponent Andy Hicks frameless.

Irishman Josh Boileau notched up his first professional victory at the expense of Jimmy White in a match where there was a difference of 33 years between the players.

The reigning European Under 21's champion took the opener, only to see 'The Whirlwind' level, and then go in front courtesy of a 92 break. However, Boileau banked a payday of at least four figures by winning the next three, including efforts of 63 and a 92 of his own, in a 4-2 success.

For Jimmy, it dents his hopes of staying on the main tour without relying on a wildcard nomination for next season, although he will have another bite of the cherry at the International Championship qualifiers later this week. It is a shame that his great run to the Quarter-Finals in Furth last month only earned him £3,000 towards his ranking total.

Antony Parsons became the second amateur of the day to advance after a 4-0 rout of James Wattana. Parsons crafted breaks of 74 and 102, as Wattana scored just a total of 24 match points throughout.

​However, Gareth Allen amassed even less, only 22 in fact, during his 4-0 loss at the hands of Adam Duffy.

David John won his first match since returning to the tour after his Q-School graduation in May with a 4-0 defeat of former pro Bradley Jones.

Jack Lisowski and Allan Taylor (55 twice and 63) are now also just a round away from appearing in Romania.

Written and published by Michael Day on the 26th September 2016 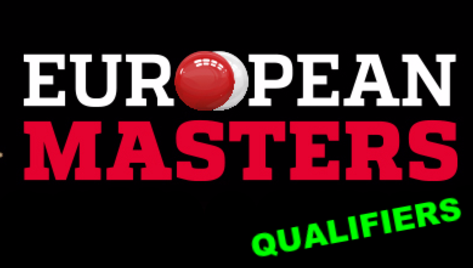