VAHEDI DOUBLES UP FOR IRAN

​Both finalists were appearing in the final for the first time, but it was the 27 year old who had pretty much total control throughout. He becomes the second player from Iran to lift the trophy; Hossein Vafaei Ayouri achieved it during 2011 in India.

At the start of the dual session final, Vahedi took a 3-0 lead which was capped with a break of 58 in the third frame. Former main tour professional Pagett, who reached the Crucible in 2011, got on the board courtesy of a 69 in Frame 4. However, the West Asian cueist struck back with runs of 57 and 81 to take the last two frames of the session and stretch his advantage to 5-1.

Needing to pick up frames urgently on the resumption, Pagett's bid to become the first Welsh winner since Michael White in 2006 (although technically the IBSF World Grand Prix) was dealt another blow when Vahedi cleared the last red with all the colours to go 6-1 up.

Realistically that made the mountain probably too high to climb. Further contributions of 55 and 63 in the following two saw the champion comfortably across the line, in what was the largest winning margin since 1992.

​Vahedi's route to the Final was far from easy, although he did manage to negotiate his Round Robin group by coming top with 4 victories out of 4.

He had to hold his nerve when coming through deciding frame finishes against Mateusz Baranowski (Poland) in the Last 64, Lukas Kleckers (Germany) in the Last 16, and an even more dramatic black ball finish over Northern Ireland's Declan Brennan in the Semi-Finals. In the Quarter-Finals he also eliminated former World Number 24 Michael Judge 6-1.

There were a number of high breaks throughout the championship - impressively, 27 different players hit at least a century (Vahedi had a hat-trick, highest of 138). Of course, top of the pile was Thailand's Issara Kachaiwong's maximum 147 break during the Last 64.

This latest victory added to the World Amateur Championship roll of honour continues the dominance that Asian countries currently have. Players from that continent have won each of the last 7 editions, and 9 of the last 10. Alongside partner Amir Sarkhosh, Vahedi won gold for Iran in the IBSF Team Championship earlier this year too when they beat China.

Pagett was the first non-Asian player to feature in a final since 2012.

It will be intriguing to see if Vahedi takes up the guaranteed two year professional tour card now on offer to him. Given the problem that fellow countryman Ayouri has had with constant visa issues, even if he were to accept, the legalities could hamper him from doing so.

Written and published by Michael Day on the 29th November 2016​​ 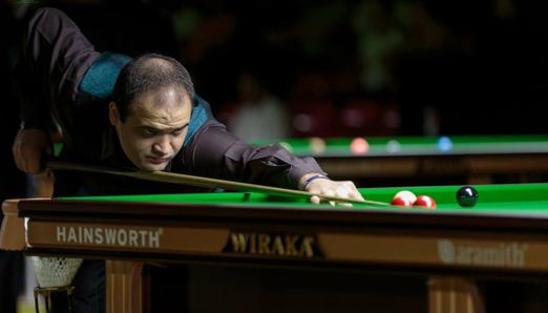