MEHTA IS A HAT TRICK HERO

Mehta, the world number 64, took advantage of a rare break on the World Snooker calendar to travel back to his homeland for their most prestigious title, which as ever, boasted a bumper field of entries.

The event was divided into three different phases - qualification, round robin and knockout.

Mehta, as one of the seeds, was spared qualifying. He coasted through his four player group winning each fixture 3-0.

The former Indian Open finalist then won four matches from the Last 32 to set up a clash with Manan Chandra in the final - Chandra had beaten Mehta earlier in the month during the National 6 Reds in Kolkata.

Chandra began the best of 11 match strongly, constructing a 112 in taking the opening frame.

A 48 break helped Aditya get on the board, but Manan went back in front with a 73. The match continued to go back and forth until it reached 3-3.

From there, though, Mehta managed to get a stranglehold on the game, taking the last three out for a 6-3 victory. He also registered a fantastic 128 break in the eighth frame - the highest of the tournament.

Unfortunately for Chandra, it was his second defeat in a final during January, after losing out to Kamal Chawla in the 6 Reds.

For more results and information on the competition, please visit the Cue Sports India website here.

Written and published by Michael Day on the 1st February 2016 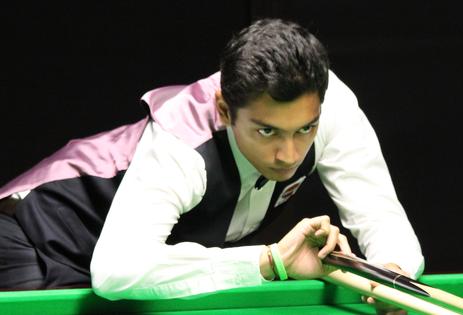