National Cuesports star Pankaj Advani kept home hopes alive after advancing to the Last 32 of the 2016 Indian Open during the second day's play in Hyderabad.

The reigning World Amateur Champion comfortably dismissed Elliot Slessor 4-0; restricting his opponent to just a total of 31 points throughout.

With fellow local wildcards Ishpreet Chadha and Dilip Kumar both losing on Wednesday, Advani is the last Indian hero to remain in the draw. He previously reached the Quarter-Finals of the 2013 inaugural staging in New Delhi.

Chadha, a semi-finalist in this year's Asian Under 21's Championship, put up a spirited display against Dominic Dale. The youngster constructed breaks of 84 and 73 in the two frames he took off the former Grand Prix and Shanghai Masters winner. Dilip went down 4-0 to Marco Fu, who rounded things off with a 104.

Another current non-member of the top tier to progress was David Lilley. The 3 time English Amateur Champion upset Mike Dunn 4-2 - making an 80 in the last frame after Dunn had recovered somewhat from being 3-0 down.

It was another fine day for the Top 16 contingent involved; with the exception of 2015 runner-up Ricky Walden, who was eliminated 4-1 by Nigel Bond (finishing off with a 106).

With the demise of defending champion Michael White yesterday, Aditya Mehta and the non-entry of Ding Junhui, there will be two new finalists of this event come Saturday evening.

Despite complaining of a stomach ache on Twitter, Mark Williams closed out a 4-1 victory over Zhang Yong with a brace of 60 pluses in the last two frames. It continues the Welshman's very promising start to his 25th consecutive pro season - he has already notched up 8 wins out of 9.

World Number 14 Barry Hawkins was the other elite star to come through. He overcame potential banana skin amateur Ashley Hugill 4-0.

In total, there were 5 deciding frame outcomes during Wednesday's action.

Anthony Hamilton built on his defeat of White yesterday with a 4-3 success against Eden Sharav. It is the first time he has reached the Last 32 of a major overseas ranking event since the 2014 Wuxi Classic in China. Hamilton made breaks of 92, 51, 80 and had to win the last two frames.

Returning professional John Astley continues to impress. Last month a Riga Masters quarter-finalist, one of the two EBSA Play-Off qualifiers from April is on course for another good run after mini shocking Ryan Day in arguably the highest quality contest of the day.

Astley registered runs of 91 and 88, Day made 83 and 137 - and the Englishman needed just one scoring visit in the seventh frame with a further effort of 90.

Last 16 at the Crucible a few months back, Sam Baird recovered from 2-0 down to defeat Jack Lisowski. With Walden and Day now gone, this section of the draw looks fairly open - Baird could certainly be a contender.

​Xiao Guodong was relieved to get over the line against Jimmy Robertson - the Chinese cueist had built up a 3-0 advantage with 101 and 114, the first person this week to make multiple centuries in a match.

However, Robertson battled back with 83 and 79 to force it all the way, but a 69 in the last helped Xiao edge through.​

Although slipping down the rankings over the last couple of seasons, Xiao seems to be recovering this campaign - he also reached the Last 8 in Riga. 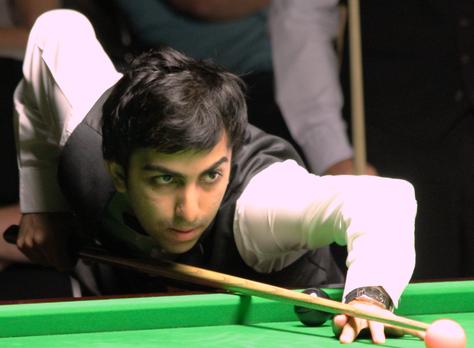