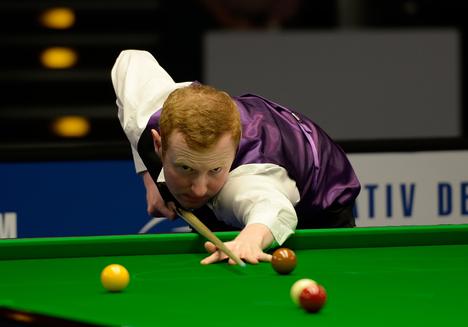 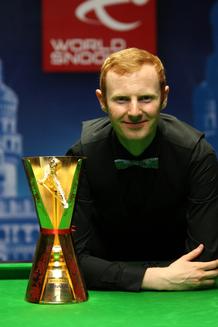 Congratulations to Anthony McGill on his maiden major ranking title (his first professional win of any description) after claiming the 2016 Indian Open earlier today in Hyderabad.

He beat fellow mid-twentysomething Kyren Wilson 5-2 in the final; thus denying Wilson his second major in the space of the last 12 months.

After the opening four frames were shared, the Scot came out after the interval and notched up three successive frames to bank the £50,000 winners kitty - the largest payday of his seven season career so far.

On route to the final he whitewashed World Number 2 Stuart Bingham 4-0 in the Last 16, practice partner Stephen Maguire 4-1 in the quarters and recovered from 2-0 down to upset pre-tournament favourite Shaun Murphy 4-2 in the semis.

McGill has teased us with his potential at the two most recent World Championships in defeating Maguire, Murphy and reigning champion at the time Mark Selby.

Despite a relatively ordinary campaign last season - with the exception of his Crucible exploits, Anthony rises to 18th in the World Rankings and gains a spot at the lucrative Champion of Champions invitational in November.

He becomes the seventh Scotsman to claim a major ranking title (eighth if you include Marcus Campbell's minor ranking EPTC victory in Germany in 2010).

The event will also be remembered for exceptional runs to the Last 8 by young Thai prospect Akani Songsermsawad and amateur David Lilley, as well as 50 year old Nigel Bond's first major semi-final appearance since the 2002 Scottish Open.

The World Snooker circuit now takes a few weeks off until the World Open in China at the end of this month.

Picture (above, left) is courtesy of World Snooker