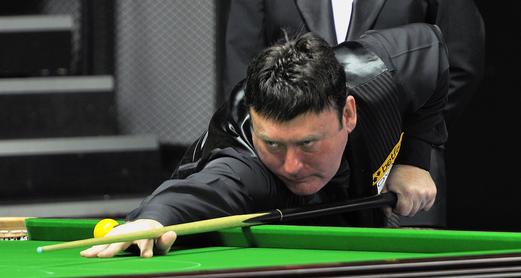 The line up for the venue stages of the 2016 Indian Open is now complete after the third and final day of qualifying at Preston's Guild Hall.

Continuing to approach the sport with the same desire, 54 year old White proved his evergreen ability to overturn an opponent currently 89 places higher than him in the rankings.

It is set to be the 'Whirlwind's' maiden appearance on the main stage of this event having fallen early doors in 2013 and 2015. In fact, it is the first time Jimmy has outright qualified for a World Ranking tournament venue since the 2014 International Championship.

Next up for White is fellow experienced campaigner Joe Swail, who registered a hat-trick of half centuries in beating gallant Australian debutant Kurt Dunham 4-1.

A number of star names elected to give this competition a miss, with just half of the World's Top 16 taking part. However, all eight of those players will be boarding the plane for Hyderabad, with Barry Hawkins, Shaun Murphy and Stuart Bingham making it a clean sweep on Monday.

​Bingham crafted breaks of 72 and 110 to dispatch Cao Yupeng 4-0, in what was his first match since losing his crown at the Crucible.

Murphy was aided with efforts of 65, 82 and 93 in recording the same scoreline over Lyu Chenwei, although Barry Hawkins needed a deciding frame to oust Scott Donaldson 4-3.

It was a miserable day for the Chinese contingent with returning professional Chen Zhe going down 4-0 to Anthony McGill as well, but Q-School graduate rookie Fang Xiongman upset the odds to defeat compatriot Li Hang 4-2; Fang in great scoring nick as he fashioned breaks of 56, 52, 52 and 66 throughout.

Possibly the upset of the day though goes to amateur 'top-up' player Oliver Brown, who shocked 1997 World Champion Ken Doherty 4-3.

​Brown has been somewhat of a giantkiller over the last few seasons. As an invited player he has taken the recognisable scalps of Ding Junhui, Oliver Lines, Andrew Norman, Dave Harold, Gary Wilson, Jamie Cope, Mike Dunn and Ryan Day too.

Fellow amateur Steven Hallworth also squeezed past Iran's Hossein Vafaei Ayouri to become the fourth non-tour card holder to progress for the latter stages at the start of July.

Stephen Maguire, Matthew Selt and Alfie Burden all comfortably advanced with 4-0 victories over Charlie Walters, Gareth Green and Paul Davison respectively; Burden rounding off his win by compiling a 132 break - which was incredibly just one of nine centuries made during the bank holiday weekend's action.

Matthew Stevens starts the 2016/2017 season in 44th position - his lowest standing since 1997/1998. But the former UK and Masters champion began his assault to climb back up with a quality 4-1 success over Adam Stefanow (Poland). Stevens notched up contributions of 72, 67 and 71 in the process.

​Robin Hull, Mark King and David Grace were the other happy cueists at the Guild Hall on Monday.

​The Indian Open will take place between the 5th-9th July.

Written and published by Michael Day on the 31st May 2016