​​With an important announcement just around the corner involving the continued and long-term involvement as Coral as IPA’s betting partners, the atmosphere at the Chesford Grange Hotel in Warwick ahead of the European Open was electric to put it mildly.

The IPA has always been the best pool tour around, but now the smiles are visible, and it is showing on the pool table for most of the players who seem more relaxed than normal, and lapping up both the pool and the sunshine.

With everyone climbing over each other to see where they sit in the betting and plenty of ribbing over certain odds, the action got under way on Friday with the early rounds of the Open. That event played to a finish on Saturday night, leaving both the amateur and the professional events to be concluded on Sunday afternoon and evening.

The first shock on Saturday was the exit of favourite Marc Farnsworth, who few could argue was the player of the season so far. Though pool either loves you or hates you on a daily basis and it was not his day, but Steve Wall did perform gallantly to gain the result.

​As the day went on the event moved in to the semi-finals by late Saturday evening, when Harry Irwin and Craig Marsh (pictured above) met in the first clash and Jon McAllister and Luke Vokes in the second.

There were three professionals out of these four, but it was Luke who had the crowd really buzzing as an improving amateur, doing things the hard way and coming from the losers’ side of the draw. He beat Chris Rowlands 7-2, Jamie Street 7-4, Josh Juhasz 7-4, Myles Deleuse 7-6, and Clint I’Anson 7-6 just to get to the semi finals.

An on-fire Craig put Harry to the sword 7-2, while Luke took the extra step 7-5 over Jon to set up an all-Welsh final. On the livestream table, and in front of a full-house of both players and spectators plus the tens of thousands watching on line, it was Craig Marsh who started the fastest, moving in to a 2-0 lead in the race to seven.

Many wondered if Luke would be overawed by the occasion but he fought back to take the next two frames and level things up. Though it was one way traffic from then on as Craig took the next four frames for what looked like and unassailable lead, and it proved to be exactly that.

Sharing the last two frames, the final score read 7-3, but the winner was the sport of pool after two top players slugged it out in a superb advert for the game.

​A winning professional in Craig shows the quality of the players at the highest level, while Luke proves that with hard work and the lessons learned, those with sufficient talent can make it to the top with the IPA and their unrestrictive entry structure.

On Sunday there were two finals to get through, with both the amateur and the professional events played to a conclusion, and some frankly ridiculous pool to enjoy.

Starting with the semis again, Craig Marsh v Jon McAllister (pictured just above) looks sure to go down in pool history as one of the greatest matches of all time, with Jon pulling off an outrageous and calculated clearance at 7-7 to go through to the final. He had earlier taken the deciding frame and stopped Craig from possibly doing the double.

​On the other table, Liam Dunster and Neil Raybone had a marathon before the Scotsman came out on top 8-5 to set up a fascinating final, that saw a full house of enthralled spectators.

With neither player able to get away from their opponent by more than a couple of frames, it looked as if another match would be going all the way to the wire, but it was Jon who got to the line first. He edged an 8-6 win that saw him win his first tour event, and the delight was obvious for all to see.

​On the other table in the amateurs final, Jonathan Bushnell took on Michael Oliver in a race to seven.

After sharing the first six frames to make it 3-3, it was Jonathan who put the first bit of daylight between them at 5-3, but he was soon pegged back to 5-5. The pressure was then beginning to build on both players with so few frames left to play.

Jonathan was the first to the hill after winning the next frame, but the focus of these players has to be seen to be believed and it ended up at 6-6, and a last frame decider for both the money and the kudos of IPA European Amateur Champion 2016.

In a match where no one deserved to lose it was Michael Oliver (pictured below) who got over the line to claim the title, but commiserations to Jonathan who played his part in a final that will live long in the memory of everyone who was there.

​​Many thanks to Sean for providing us with this article! To keep up to date with all the latest IPA news please visit their website here, or Facebook page here.
​​ 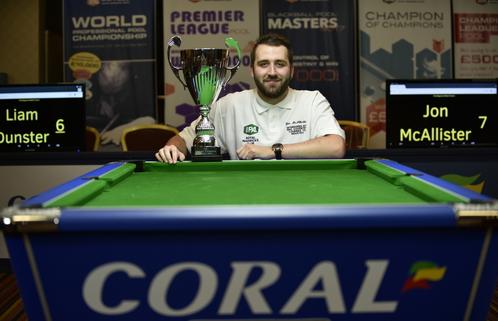 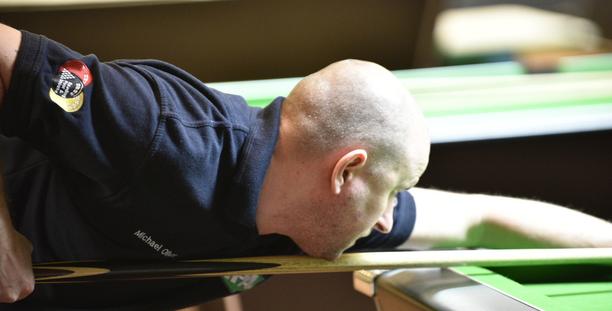 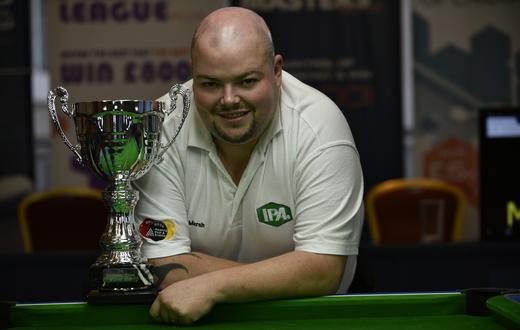