40 players started out NZ's most prestigious amateur snooker competition. Broke into 8 Round Robin Groups of 5, the top trio of each made it through to the Knock-Out stages.

​The teenager finished top of Section 8 with 3 victories out of 4. He then went on to win a further four matches in the KO's to set up a final meeting with the previously undefeated Matthew Scarborough.

After a best of 15 clash that lasted seven hours, Chand's bright start to the tie helped him over the line for an 8-5 success.

Earlier this year Chand won the Oceania Under 21's Championship - he is due to travel to Belgium in a few weeks time for the IBSF World Under 18's & 21's. Beating the record of established star O'Kane surely points to positive signs for the future of snooker on the islands.

To find out more information, and the full results, please visit the NZBSA website here.

Picture above is courtesy of the New Zealand Billiards and Snooker Association.

Written and published by Michael Day on the 29th July 2016​ 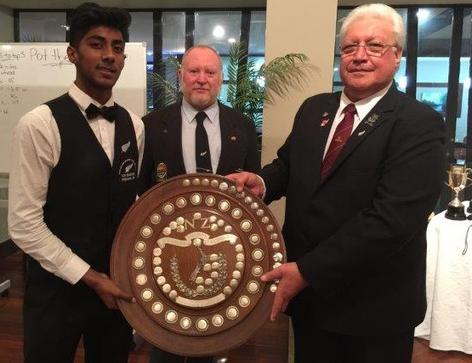