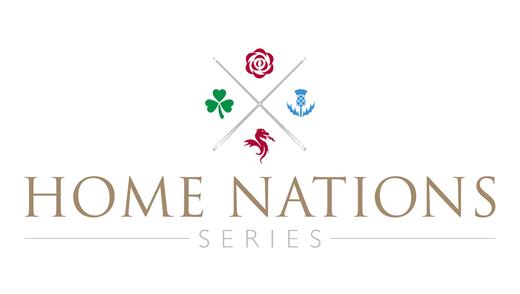 After a fortnight of invitational events, the professional circuit returns to ranking action on Monday with the inaugural Northern Ireland Open - the resumption, and second leg of the new Home Nations Series.

It does however mean we're back to a hectic and busy multi-table set up and schedule, along with best of 7 frame matches early on. But as a snooker fan who loves wall to wall coverage, as well as a little bet here and there, this is ideal.

128 players were set to feature (I'll come to that in a minute), although most eyes will initially be on Liang Wenbo, the winner of the English Open in Manchester last month; the only person who can now achieve the Home Series 'Million Pound Bonus'.

Unfortunately for this event - the first pro staging in the province for over 8 years, it will be missing star names after suffering some late withdrawals this weekend.

Mark Selby, Stuart Bingham and Neil Robertson had already opted out of this tournament, and they were later joined by Judd Trump and Ali Carter - all current members of the World's Top 16.

After a spell in China for the International and China Championships, plus with the prestigious UK Championship around the corner, you perhaps understand why the guys fancied a break. I also predict December's Scottish Open to have a few absentees as well.

Of course, had one of those listed names won at Event City in Manchester, I'm sure they'd be present here to chase down that million pound prize.

I did mention it on Social Media and through a previous article when the English Open was on, but I felt the excitement around this 'Million Pound Bonus' had a short life span - there could only ever be one player coming here with any sort of a chance.

I feel the Home Series would have been more successful with some sort of Order of Merit or a Grand Finals of maybe 16 or 32 players in the Spring. A bit like the forgotten LG Order of Merit back in the 2003/2004 season, the overall Number 1 on the list would pick up a guaranteed additional prize. If the carrot was big enough, I'm sure it would tempt everyone to enter.

Saying that, the champion here will bank £70,000; not bad for a week's worth of snooker.

It seems a little funny talking about withdrawals but not naming Ronnie O'Sullivan. He is however tied in to Eurosport punditry duties, though, so may as well take his cue and play whilst he's there!

It is actually a big competition for 'The Rocket', who needs ranking points to preserve his Top 16 status. With a big chunk of money soon to be coming off his total because of his 2014 UK Championship win next month, he'll want to take off as much pressure as he can. If the virtually unthinkable did happen, he would still have a protected spot for The Masters in January due to being the defending champion. The events he has missed are starting to catch up on him a bit.

Without doubt 'The Man of the Moment' John Higgins will be in Belfast as he goes for a hat-trick of consecutive major wins. The form he is in, who says the 41 year old couldn't do it?

One big positive is the exciting Round One line up. Courtesy of the open draw with only the Top 16 placed apart, there are a number of tasty opening ties. Maguire v McManus, Zhao v Gilbert, Murphy v Brecel, Dott v M. White and Fu v Day all deserve a mention.

Looking ahead, there is a good chance of a meeting between O'Sullivan and Jimmy White if they can get past David John and Gareth Allen respectively.

Playing for 'The Alex Higgins Trophy', it is pleasing that all the home players will be present. Northern Irish hopes will mainly rely on Mark Allen, but Joe Swail and current amateurs Patrick Wallace and Jordan Brown will be flying the flag too.

With five big names not there, and the short format early on, there could well be a few lower ranked players making an impact here; just like in Manchester.

Trump and Carter were already in the draw before they pulled out. Peter Ebdon and Hamza Akbar go straight into the Last 64. Interestingly, they were both in the top quarter of the draw...the same section as Liang Wenbo.

Perhaps the Million Pound dream for the Chinese cueist may live on for at least a few more days yet...

​To see the draw in full, please visit the tournament page on snooker.org through this link here.