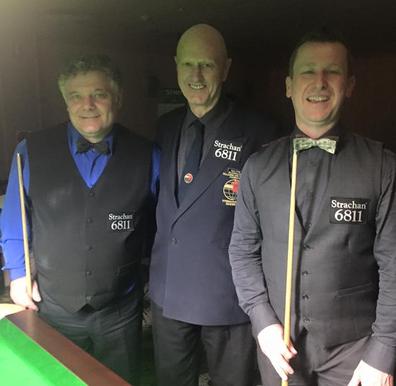 The 24 player field, from all across Australia, were divided into 6 round robin groups of 4. The top quartet from each would qualify for the Last 16 knockouts.

Minici came through in second, only behind promising youngster Ryan Thomerson, who was his only defeat.

​His final opponent was Todd Hayward, who too had not dropped a match. Hayward had dispatched Thomerson in their Last 4 clash.

​Minici perhaps made his experience count, as he beat his younger rival 821-700 over the three hour spectacle, despite trailing at the halfway mark.

Joe also had the event's highest break with a 234.

Written and published by Michael Day on the 29th February 2016​​​