​Haris Tahir is the first ever Pakistan Under 18’s National Snooker Champion.

The Punjab cueist walked away with the Rs60,000 winners purse after defeating Muzammil Khan 5-3 in the final. He bags an additional Rs5,000 for making the tournament’s highest break - an effort of 102 in an earlier round.

Both finalists will now represent Pakistan in the IBSF World Under 18’s Championship in Belgium later on this year.


Written and published by Michael Day on 21st January 2016 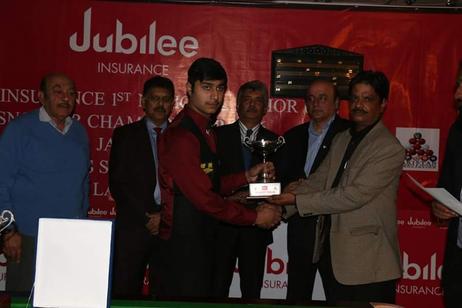