The 28 available amateur spots in the main draw of the 2016 Paul Hunter Classic have now been filled after two intense days of action at the Stadthalle.

As with previous (now defunct) European Tour events, any invites not taken up by the professionals in the Last 128 are offered to players on the second tier via qualifying rounds at the venue. 142 players entered the process (there were some walkovers though), some having to win a hat-trick of matches in order to make it.

​There was a varied and international field on show including ex-main tour, young and female cueists. Emerging successful would be a very impressive and competitive line-up.

Relegated from the professional circuit only back in April, the experienced trio of Barry Pinches, Gerard Greene (pictured above, the 2013 Runner-Up) and Peter Lines will be back in the limelight after negotiating their routes through.

A cosmopolitan feel is boosted by the progress of Lu Chenwei (China) and Kevin Vandevoort (Belgium) whilst home fans will be able to cheer on countrymen Patrick Einsle, Simon Lichtenberg and Felix Frede.

Top female stars Reanne Evans (England) and Wendy Jans (Belgium) both won a match, but fell at the last hurdle to Ashley Beal (England) and Stephen Bateman (Republic of Ireland) respectively. However, the pair can now turn their attentions to the 10,000Euros Women's event running alongside.

In terms of the remaining draw, Bateman's prize of qualification is a meeting with defending champion and newly crowned World Open winner Ali Carter. Brown will be looking to add a big scalp when he plays World Champion and Number 1 Mark Selby; Andy Hicks duels with Alan McManus in a fixture with over 48 combined years of professional knowledge.

For all the results, and the remaining draw, please visit snooker.org's tournament page here.

Written and published by Michael Day on the 25th August 2016​ 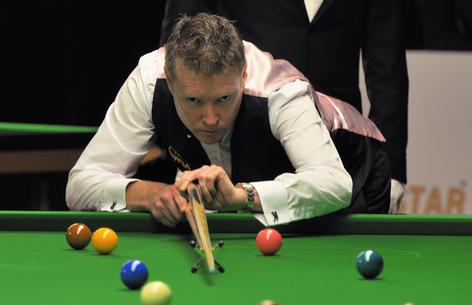