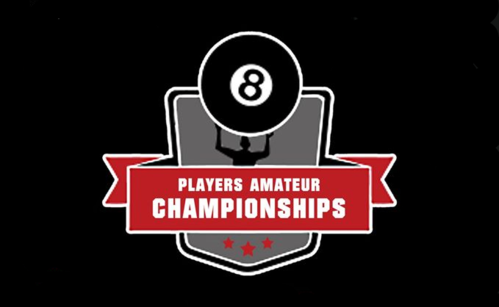 64 of the best amateur English 8 Ball Pool players from across the UK and beyond travelled to the Players Pool and Snooker Lounge in Stoke-on-Trent last weekend for a share of the bumper £16,000 prize fund up for grabs.

Initially played to a double elimination format, the event concluded from the single elimination Quarter-Final stage that consisted of four players from the winners side and four from the losers side.

The quartet of players who remained unbeaten during those qualifying sections were Craig Lakin, Mike King, Shane Thompson and Josh Kane.

Current EPA England A International King was particularly impressive as he chalked up an aggregate score of 44-11 from his four best of 21 frames victories. Kane pushed reigning WEPF World Champion and pre-tournament favourite Shaun Chipperfield to the 'B' side after beating him 11-2 in Round 4.

Sweating it out on the long road back were Sam Bircher, Tom Barley, Aaron Davies and Darren McVicar. Incredibly, Barley and McVicar, who lost in the First Round on Friday evening, had to win six consecutive matches to make the KO section. Barley also ended Chipperfield's hopes.

The random draw threw up a meeting of the previously undefeated Thompson and Kane. In a thrilling finish, it was the former who held his nerve in a deciding frame 11-10. Bircher, Lakin and Davies eliminated King, Barley and McVicar respectively with frames in hand.

With the prize money jumping up another level, the intensity for the Semi-Finals increased. Bircher broke well to break former World Masters Finalist Thompson, whilst Lakin recovered from being 4-7 and 7-9 down to win 11-9 over Davies, the 2015 World & European Under 18's champion (World Rules).

Lakin, a very accomplished money match player and a former amateur winner on the IPA tour, started the final as a firm odds on favourite against the 20 year old. He perhaps justified that price when racing into a convincing 4-0 lead.

Bircher did manage to get a foothold, but even despite a minor blip with a missed black for the trophy at 10-7, 'Money Making' Lakin kept his cool with a nice finish to cross the line at 11-9.

The whole event was professionally streamed live by Beard Productions. Please visit their website and Facebook page for video archives and information on future streams.

Congratulations to Lee Kendall and the team at Players for hosting and running the championship.

Results (from the Quarter-Finals onwards) - Losers each received £1,000

Written and published by Michael Day on the 2nd October 2016​​​​