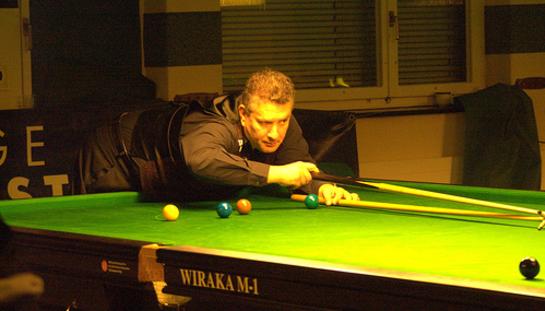 The opening trio of days in the second and last event of 2016 Q School has seen mixed fortunes for some of the more famous names in the field.

With the Preliminary and First Rounds now complete, we are left with just 64 players; each now four more victories away from securing a guaranteed two year professional tour card on the World Snooker circuit.

Without doubt, the most well known entry is the popular former top 16 star Tony Drago - a professional of 30 years. The Maltese 'Tornado' kept his hopes alive of an immediate return to the sport's highest tier after comfortable wins over Ben Harrison 4-0 and Mitchell Travis 4-1. Against Travis on Thursday evening he also rattled in a 110 break.

Barry Pinches and Peter Lines have 48 years of top level experience between them, although they too were relegated from the tour after the conclusion of their bids in last month's World Championship.

However, the pair of fourtysomethings are still in the mix for a comeback after successes at the Meadowside Leisure Centre.

Pinches survived a decider in beating Matthew Glasby 4-3, and then eliminated Kuldesh Johal 4-1. Lines, who was excused a prelim match, swept aside Kishan Hirani 4-0.

Other players from the pro ranks last season to still be in include Craig Steadman, Chris Melling, Zak Surety, Lu Chenwei, Steven Hallworth and Michael Georgiou.

​But on the flip side of fate, Gerard Greene, Ian Glover and Joel Walker will be resigned to a season of amateur status after being beaten in Burton.

For Northern Irishman Greene - a runner-up in the Players Championship Grand Finals as recently as 2014, it means the end of a consecutive 23 year professional stint.

Andy Hicks' full time tour card expired back in 2013, but the former World, UK and Masters semi-finalist is making a gallant effort bouncing back with some impressive results and performances here.

The Devonian claimed a hat-trick of victories in Event 1 before bowing out to David Lilley. So far for his second bite of the cherry he has got the better of promising youngster Jamie Rhys Clarke (Wales) 4-1, and then made the tournament's highest break so far with a 133 in the first frame of his 4-0 win over South Africa's Paul Burrell.

It has be a tremendous time for 2015 World Ladies Champion Ng On Yee of Hong Kong. After reaching the Last 32 of the first event, she registered her fourth victory here after dispatching James Silverwood 4-1.

Reigning World Ladies Champion, Reanne Evans, also appeared at the same stage last weekend, but her second life was extinguished after losing out 4-1 to Ian Ali on Wednesday.

As well as the four semi-finalists receiving the sought after pro passports, there are an additional quartet of cards to the top 4 ranked players in a combined Order of Merit of both events, come the conclusion on Sunday.

To keep tabs on this,snooker.org has a fantastic page where the standings are constantly updated.

Written and published by Michael Day on the 19th May 2016​