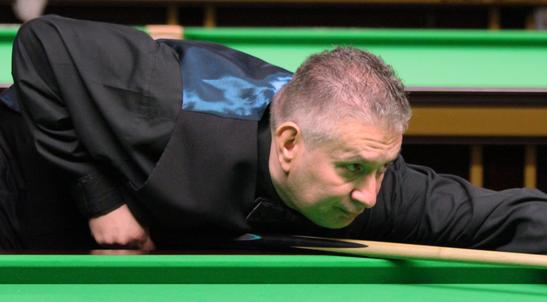 A record breaking 182 players will take part in the 2016 edition of World Snooker's Q-School next month.

A whole host of well known ex professionals and amateur hopefuls will feature over 11 days action, all aiming for one of the eight lucrative two year guaranteed main tour cards on offer.

There will be two separate best of 7's knockout tournaments with the semi-finalists from each making the grade.

Many of the recently relegated players from the 2015/2016 season will be present as they bid for an immediate return to pro status. The deadline date for them to enter was extended due to the final standings being confirmed during the World Championship.

There's probably no bigger name in the draw than the Maltese legend Tony Drago (pictured above). The popular former top 16 star has 30 years experience competing within snooker's highest tier, although he finished well adrift of the cut off this time around in 94th position.

Barry Pinches and Peter Lines were also short of the mark earlier this month, and despite plying their professional trade for 26 and 22 years respectively already, they're going for more.

Finishing just two places below the top 64 World Ranking threshold was Gerard Greene - another familiar figure of the last couple of decades plus. His exit was probably even more painful, given he lost to Peter Ebdon 10-9 in the Second Round of WCQ when being 9-3 up. However, he too is present.

​The quartet above can perhaps look to Rod Lawler for inspiration. A veteran who gave it one more crack at the Q-School in 2012, qualified, and even won a PTC event afterwards!

Entered ​players who departed the pro scene a longer time ago include Andy Hicks, a former World, UK and Masters Semi-Finalist. Hicks last year came close to qualifying; in fact, ending so high up the QS rankings that he was eligible for all World Ranking events this year as a 'top-up' player.

The draw for both events can be found here on World Snooker's website - I will do a concise preview of each closer to the time.

Written and published by Michael Day on the 27th April 2016​​