The 16 qualifiers for the venue stages of this month's Shanghai Masters were confirmed in Barnsley during a frantic and dramatic triple session.

It was the day that entries ranked between 17th-32nd joined proceedings and were paired with the survivors of the three previous rounds played earlier this week. 11 out of 16 of these top seeds would go through, but it was anything but routine for a lot of them.

The morning and afternoon sessions at the Metrodome conjured up 7 deciding frames finishes out of 11, whilst the evening offerings were far more clear cut except one.

The highest ranked player to fall was World Number 25 Alan McManus, although his 5-4 loss to Jamie Jones was hardly an unlikely shock with just 14 places between them. Jones never led the match, but eventually came through to continue his fine start to the season which included a Quarter-Final run at the Paul Hunter Classic.

McManus' fellow Scotsman Graeme Dott was surely on the wrong end of the biggest upset of the day when he was thumped 5-0 by China's Mei Xi Wen.

Mei, a CBSA (Chinese Billiards and Snooker Association) nomination for the pro circuit this season, pinched the opening two frames despite Dott making a brace of half centuries, and then made a 100 break in the third.

The £6,000 he is now guaranteed for getting through will be the 33 year old's largest payday yet.

Scott Donaldson, along with Mei, are the only two players who have emerged from the start of qualifying on Tuesday - chalking up four consecutive wins in as many days. Donaldson ousted Peter Ebdon 5-4.

Also set to make his debut on the Grand Stage is Norway's Kurt Maflin who pipped Mark Davis 5-4 too.

Along with Ding Junhui (automatically qualified), Mei Xi Wen and a group of wildcards, Liang Wenbo (2009 Runner-Up) will also appear in his home country after he denied compatriot Zhang Anda in another nine frame thriller.

As well as tension from the morning's showcase, there was some amazing high quality too.

Holt has made at least the Last 16 of this event in each of the last three years; he featured in the Semi-Finals in 2013.

Comeback of the day, without doubt, was Michael White's turnaround on Jimmy Robertson.

The former Indian Open and Shootout champion has had a fairly uninspiring few months on tour, but he will be boosted by his performance today which saw him recover from 4-1 down.

White came good and found his scoring boots in the last trio of frames with a half-century contribution in each. Robertson amazingly crafted breaks of 74, 69, 71, 54 and 55 in an ultimately losing endeavour.

It was a similar story in the tie between Ben Woollaston and Jack Lisowski.

Also getting their 'value for money' were Robert Milkins and Stuart Carrington, who eliminated Adam Duffy and Luca Brecel by the odd frame. Carrington secured his first berth at the Shanghai Masters as well by taking the last three against the Belgian.

Things were a lot easier for Anthony McGill (another one to make his debut), Matt Selt (118 break) and Martin Gould who recorded 5-0 clean sweeps of Paul Davison, Hammad Miah and Matthew Stevens respectively.

The consistent Ryan Day makes yet another venue after his 5-1 success over the resurgent 50 year old Nigel Bond. Day has now won his first match in the last 23 Knockout events he has competed in - a run that stretches back to the 2015 Players Championship Grand Finals.

Stephen Maguire put together a 103 during his 5-2 victory over Andrew Higginson; David Gilbert won by the same scoreline against Ian Preece.

The Shanghai Masters Final Rounds are played from the 19th-25th of this month. Below is the draw for the Last 32 onwards, although bear in mind there will be a Wildcard Round of 8 matches. The professionals drawn for that will be known in due course.

The next action from the World Snooker calendar is the World 6 Reds Championship that starts Monday in Bangkok, Thailand.

Written and published by Michael Day​ 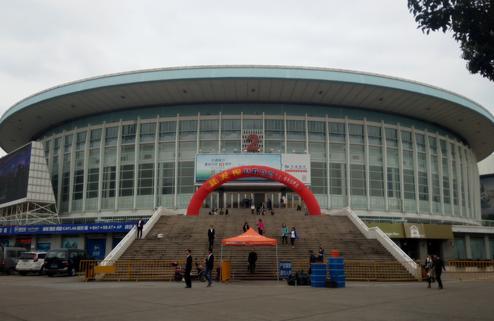