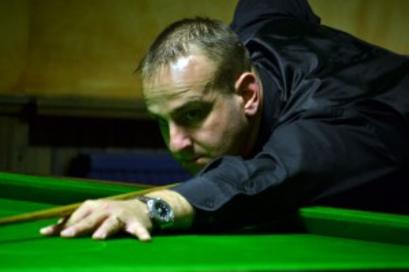 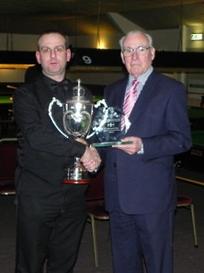 ​43 players representing five different countries took part in the 12th edition of the event that began on St. George's Day in Cambridge.

Causier, the reigning World Champion in both the short and long distance disciplines, went unbeaten throughout the entire weekend.

He finished top of Group A after four comfortable wins; chalking up nine centuries, including a tremendous 463 against France's Akhilesh Mohan, which would be the highest of the tournament.

Receiving a bye in the Last 32 due to his qualifying record, he saw off fellow Englishman Adam Clarke 817-196 in the Last 16.

Robert Marshall (England) and Phil Mumford (England) were then dispatched in the Quarter and Semi-Finals respectively.

Waiting for him in the final would be Roxton Chapman, who too reached this stage undefeated. In the Last 4 he ousted the in-form Rob Hall (England) 406-371.

​Lifting the Ron Agnew Trophy meant it was Causier's sixth trophy of the World Billiards season. Alongside his World Championship double, he has also conquered the Jim Williamson Memorial, and the British and Scottish Opens from earlier in the campaign too.

In the Plate competition, Gary Rogers claimed the title with a 200-33 victory in the final.

The circuit will now head over to Carlow during the middle of May for the Irish and European Open double header.

​For the full results of the English Open, please visit the World Billiards website here.

Many thanks to World Billiards for the above left photograph.

Written and published by Michael Day on the 29th April 2016