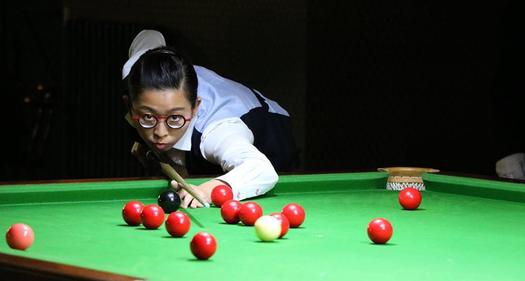 Ng On Yee and Reanne Evans are still on course to meet in the final after the opening day of knockout action in the 2016 World Ladies Snooker Championship.

The Last 16 would consist of the weekend's eight round robin qualifiers joining the tournament's top eight seeds; which were determined from the official World Rankings.

Reigning champion On Yee began her defence well after dispatching Laura Evans (Wales), one of the best group stage runners-up, 3-0, during the morning session.

She then advanced to the Semi-Finals courtesy of an similarly comfortable 4-0 victory over fellow Hong Kong countrywoman Katrina Wan; her partner in winning the Ladies Doubles Championship from Thursday.

Reanne Evans, the current World Number 1 and 10 time winner of this event, made a 59 break in defeating Germany's Diana Schuler 3-0 before seeing off last year's runner up Emma Bonney 4-2 in the Quarter-Finals.

​Latvia's Tatjana Vasiljeva managed to oust 18 year old Yana Shut of Belarus 3-2 in the Last 16, and then followed it up with a 4-1 success on Diana Stateczny (Germany).

​World Championship debutant Rebecca Granger (England) continues to impress; she is the only remaining qualifier left. Over the weekend's action, she topped Group F, winning all four fixtures with just the loss of two frames.

On Monday, Granger eliminated one half of the new Mixed Pairs Champions, Jaique Ip Wan In (Hong Kong), 3-1, and then distinguished the last Australian hope in the form of Kathy Howden 4-1.

In the plate event - for those who did not make it out of the group stages, India's Varshaa Sanjeev beat Suzie Opacic (England) 3-1 in the final.

Tomorrow, 19 year old Sanjeev has the chance of making it a double when she meets South Korea's Jeong Min Park in the final of the Under 21's Championship.

Earlier in the day during that event, Park had defeated Stephanie Daughtery, Lily Dobson and Shannon Metcalf whilst Sanjeev dismissed Danielle Randle and Shut.

The Seniors Championship decider will be contested between Sharon Kaur (England) and Chitra Magimaraj (India), after both ladies won a trio matches to get there. In the semi-finals, they beat Howden and Michelle Brown respectively, 3-2.

Many thanks to WLBS for permission to use the above photograph.