Martin Gould became the first member of the World's Top 16 to taste defeat in the new season, after he lost out 5-4 to returning professional Hammad Miah during the second day of qualifying for July's World Open in Yushan, China.

The German Masters Champion and current World Number 15 crafted breaks of 68, 69 and 51, but his efforts were eclipsed by Miah who himself made 126, 94 and a 50 throughout as well. Both made those latter breaks in the deciding frame, which the 22 year-old outsider took 68-58.

Miah was a 2013 Q-School graduate but fell off the tour after his two guaranteed seasons. However, then as an amateur, his impressive results on the last European Tour circuit saw him get back into the big time. It is only the third time he has qualified for the venue stages of a major ranking event.

On the opposite end of the rankings scale, 'International Wildcard' James Wattana (pictured) justified his place on the main tour still with a fantastic 5-2 beating of 19th seed Robert Milkins.

The former World Number 3 and triple major ranking winner constructed runs of 56 and 74 in the process, claiming the last hat-trick of frames after going into the mid-session interval all square.

​It continues a terrific start to the 46 year old's 27th campaign on the top tier of the sport, having also qualified for the Indian Open during the bank holiday weekend. Besides 6 Reds action, the Thai legend only notched up 3 wins in the whole of 2015/2016.

Welshman Daniel Wells has an even more impressive 100% record so far - he followed up a 4-0 success in the IO qualifiers with a 5-0 clean sweep of Tian Pengfei to also assure a spot in China.

For Taylor and Leong, the minimum £4,000 they each receive for reaching the Last 64 will be a career high payday for both.

Comeback of the day was from Ali Carter; 'The Captain' trailed 3-1 at the MSI to fellow Englishman Liam Highfield.

But on the resumption, Carter chalked up successive breaks of 60, 125 and 50 to sneak in front, and although Highfield forced a decider, the favourite edged home in the ninth for a 5-4 victory.

​Exciting Thai youngsters Akani Songsermsawad and Boonyarit Kaettikun were both ousted in deciders by Zhou Yuelong and Mike Dunn.

Robbie Williams, Rod Lawler, Peter Ebdon, Yu Delu, David Gilbert and Stuart Carrington will all have to make travel arrangements for China too. 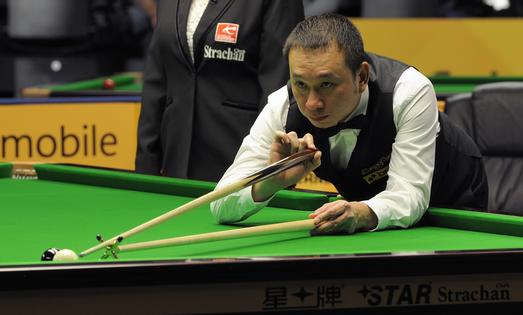